Bloomberg — Constellation Brands Inc., which for seven decades has made its money off beer, wine and whiskey, sees its future in a marijuana leaf.

In the biggest (legal) cannabis deal, the Victor, New York-based beverage company will spend about $3.8 billion to boost its stake in Canadian grower Canopy Growth Corp., betting legalization will gain traction around the world and especially in the U.S.

Constellation, among whose brands are Corona and Ballast Point beers and Robert Mondavi wine, will own 38 percent of Canopy, up from about 10 percent, according to a statement Wednesday. The record investment reflects a world in which pot has become ubiquitous as its counterculture stigma fades. In the U.S., a patchwork of state laws and gentle enforcement under the Obama administration have made its pungent odor common from Colorado ski towns to the sidewalks of New York.

After Wednesday’s deal, Canopy’s Canadian shares jumped as much as 52 percent to the highest since the stock began trading in 2010. Constellation fell as much as 9.2 percent, the most intraday since November 2016.

Marijuana once was anathema to polite society and its use harshly punished. It was popular among bohemian types like jazz musicians, and the subject of sensationalist entertainment like “Reefer Madness,” a 1936 film advertised with the line “Women cry for it — Men die for it.” In 1987, the revelation that federal Judge Douglas Ginsburg once sampled its charms torpedoed his nomination to the U.S. Supreme Court. But as decades passed — and prisons filled with otherwise law-abiding users — governments began to run up the white flag.

On Oct. 17, Canada will become the first G-7 country to legalize pot for recreational use. In the U.S., federal law still prohibits the drug, but states from California to Colorado have made it legal, and its medical use is thriving. The situation has created legal dissonance, but also the expectation that America will one day support a vibrant consumer market.

QuickTake: Marijuana’s Path From Taboo to Legit to Job Engine

Global consumer spending on cannabis will hit $32 billion by 2022, triple current levels, according to a report this week by U.S. research firms Arcview Market Research and BDS Analytics. The U.S. industry is gaining economic and political clout, employing more than 200,000 workers.

Canopy, based in Smiths Falls, Ontario, has specialized in the medical product and doesn’t currently have operations south of the border. Entering the U.S. may create challenges for its listing on the Toronto Stock Exchange, as the bourse has said it may delist marijuana companies that run afoul of U.S. federal law. Canopy is also listed on the New York Stock Exchange.

Linton said on the call that marijuana may become legal federally in the U.S. “sooner than people think” and that Canopy is doing everything lawful to get ready.

Ken Shea, an analyst at Bloomberg Intelligence, said Constellation and Canopy are poised to spring. “They want to be a first mover on a disruptive product,” he said.

Still, the companies face a formidable obstacle in the Trump administration. Attorney General Jeff Sessions over a decades-long career in law enforcement has made prosecuting marijuana crimes a focus. “Good people don’t smoke marijuana,” he said in 2016.

Still, President Donald Trump appeared to get out of states’ way when he signaled he’d allow them to decide how to regulate the drug, against his attorney general’s policy.

Both companies said they have no plans to sell cannabis products anywhere unless it is permitted at all government levels.

Canopy, which has a presence in 11 markets around the world, said it would make international growth a priority. The company isn’t putting hard guidelines on how it plans to use the influx of capital, though its target acquisition list exceeds $1 billion globally, Linton said on the call.

Constellation will be able to name four of Canopy Growth’s seven directors. Canopy will continue to be led by its existing management.

“Over the past year, we’ve come to better understand the cannabis market, the tremendous growth opportunity it presents, and Canopy’s market-leading capabilities,” Constellation CEO Rob Sands said in the statement. 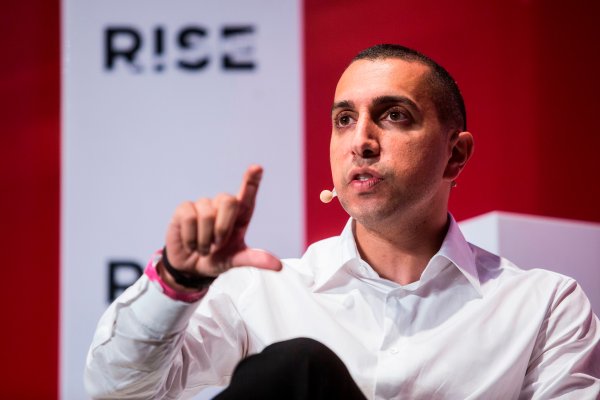 Tinder Founders Sue IAC and Match Group Claiming They Are Being Cheated Out of 'Billions'
Next Up: Editor's Pick