Red Tide Is Spreading to Florida's East Coast. Here's What to Know About It

Tourists and residents alike have been chased away from Florida’s famous beaches by an ominous-sounding ecological occurrence: red tide.

Florida sees red tide — an algae outbreak that can kill marine life and sicken humans — nearly every year, but the current flare-up seems to be spreading toward the state’s Atlantic Coast, a rare occurrence that’s been documented only nine times in the last 70 years. Here’s what to know about red tide in Florida.

What is red tide?

The naturally and frequently occurring marine phenomenon is caused by an influx of microscopic algae called Karenia brevis, which give water a namesake reddish hue. The organisms, typically found in the Gulf of Mexico, produce toxins that can kill fish, marine mammals, turtles and seabirds by interfering with nerve transmission, according to a paper published in Ecotoxicology. Humans can develop gastrointestinal illness after eating shellfish contaminated with high levels of Karenia brevis, and suffer from respiratory irritation from breathing in toxins produced by the algae, which also result in an acrid odor.

How is red tide affecting Florida?

Though Karenia brevis is found almost exclusively in the Gulf of Mexico, Florida’s nearly year-long red tide outbreak is now threatening the state’s East Coast, according to a recent announcement from Gov. Rick Scott. Public beaches in Miami-Dade and Palm Beach counties, many of which had been closed due to red tide, are set to reopen Friday, though monitoring of their waters will continue. Even still, fishermen on the state’s Atlantic Coast are concerned about how red tide may affect their upcoming seasons, CNN reports.

As of August, red tide on the state’s West Coast had killed thousands of pounds of fish, as well as wildlife including dolphins, sea turtles and a whale shark, NPR reports. The resulting unpleasant smell, compromised air quality and tons of dead fish have also chased tourists away from the state’s beaches and prompted officials to encourage visitors and residents to stay indoors if possible, NPR reports. Red tide prompted Scott in August to declare a state of emergency in seven of the state’s counties: Collier, Lee, Charlotte, Sarasota, Manatee, Hillsborough and Pinellas.

What’s being done about red tide?

Scott granted $3 million in funding to counties on Florida’s East Coast, including St. Lucie, Martin, Palm Beach, Broward and Miami-Dade, to “help mitigate the effects of red tide.” That brings the total amount of funding earmarked for red tide up to $16 million. Scott has also recommended that the state create a new red tide research foundation, and re-establish the dormant Florida Harmful Algal Bloom Task Force, to better understand red tide and environmental or human reasons for its increasing prevalence.

“In Florida, when presented with problems, we work together and face them head on – red tide is no different,” Scott said in a statement. “So far, the state has provided more than $16 million to help minimize the impacts of harmful algal blooms and expand our research and understanding of red tide, including funding to help scientists test innovative solutions for this phenomenon. We will continue to work with our local partners to ensure that their needs are fully met until this year’s red tide subsides.” 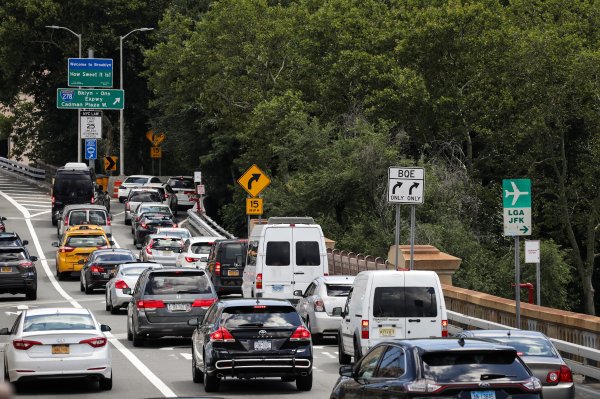 Trump's Gamble on Fuel Standards
Next Up: Editor's Pick