Donald Trump rode to the White House by hammering Hillary Clinton’s handling of classified information, charging that her use of a private email server put state secrets at risk in a way that was negligent and potentially criminal.

“She set up this illegal server knowing full well that her actions put our national security at risk and put the safety and security of your children and your families at risk,” he said at a Phoenix rally in 2016.

Most recently, former “Apprentice” contestant and White House aide Omarosa Manigault Newman revealed this week that she secretly taped a conversation with Trump’s chief of staff in the White House Situation Room, considered to be among the most secure places in Washington.

This is incredibly troubling, said Samantha Vinograd, who served on the White House National Security Council under the Obama Administration and in the Treasury Department under President George W. Bush.

“Any staff member that works for the White House is a highly valuable and highly vulnerable target,” Vinograd said. “Someone like Omarosa made herself highly vulnerable because she knowingly brought in a [recording] device.”

“She knew foreign intelligence services [would want] to penetrate it. It’s the oldest spy trick in the book,” she said.

This is not the first time that the Trump Administration has faced questions over its handling of what is known as operations security, often abbreviated as opsec.

Shortly after inauguration, Trump and top advisers were seen having an impromptu strategy session at Trump’s Mar-a-Lago resort after North Korea launched an intermediate-range ballistic missile. Documents were read at his personal resort with the assistance of his aides’ cell phone flashlights, which could have allowed hackers to view them with the phone’s built-in cameras.

Trump has reportedly refused routine cell phone screenings to identify hacking risks. According to Politico, he’s gone at least five months without having his devices scanned by experts, compared with every 30 days under President Obama. Additionally, Politico reported at least one of Trump’s iPhones has a microphone and camera, leaving him susceptible to hackers.

In May of 2017, Trump was also criticized for revealing highly classified information from a foreign intelligence service to the Russian foreign minister and ambassador during a meeting in the Oval Office.

And Trump faced criticism in April for tweeting out a threat of a potential U.S. strike against Syria, breaking with typical national security procedures designed to avoid tipping off a military adversary of a military mission.

Ned Price, a former special assistant to the president and a National Security Council spokesperson under Obama, said part of the problem lays with Trump’s untraditional hires.

“The White House is a place that is built on the honor system. It’s built on a system of trust. And it’s built that way because the people who work there are supposed to be the finest public servants we have — people who have in many cases years if not decades of experience, who have handled the nation’s most sensitive secrets in a responsible and adequate way previously,” Price said. “In many cases, [Trump’s hires] have never served in government, have never demonstrated any semblance of trustworthiness.”

Another issue arises from the lack of trust among current White House staffers, who have reason to fear that their input — which they could traditionally presume to be private — could be recorded and distributed to a national audience, Vinograd said.

“I think this is really going to impact, operationally, how things go at the White House,” she said. “I never walked into the White House and worried about whether a colleague of mine was going to be recording conversations for future use, so I felt completely comfortable speaking about sensitive topics in secure spaces.”

Most troubling, according to Price, is that the checks and balances that exist in other departments and governmental offices, are not necessarily there in the White House. People who make it to 1600 Pennsylvania Avenue NW are just expected to put the security of the United States as their utmost priority. 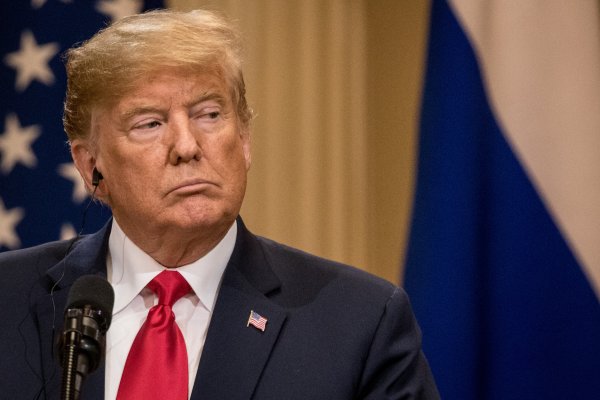 'That Dog'
Next Up: Editor's Pick