President Donald Trump continued his attack on former White House official Omarosa Manigault-Newman Tuesday, calling her a “crazed, crying lowlife” and referring to her as “that dog.”

“When you give a crazed, crying lowlife a break, and give her a job at the White House, I guess it just didn’t work out,” Trump tweeted Tuesday. “Good work by General Kelly for quickly firing that dog!”

Trump’s attacks began after Omarosa revealed that she secretly recorded Trump’s Chief of Staff, Gen. John Kelly, as Kelly fired her in the Situation Room this past January.

Omarosa, who’s been appearing in the media recently to promote her new book, Unhinged, has also claimed there exists a tape on which Trump is heard using the N-word during his time on NBC’s The Apprentice. Trump has denied using the term.

“I don’t have that word in my vocabulary, and never have,” Trump tweeted Monday night. “She made it up.”

Trump has criticized other people as “dogs” or “like a dog” in the past. But his use of the phrase to characterize an African-American woman stands to complicate his denial of using racist language. 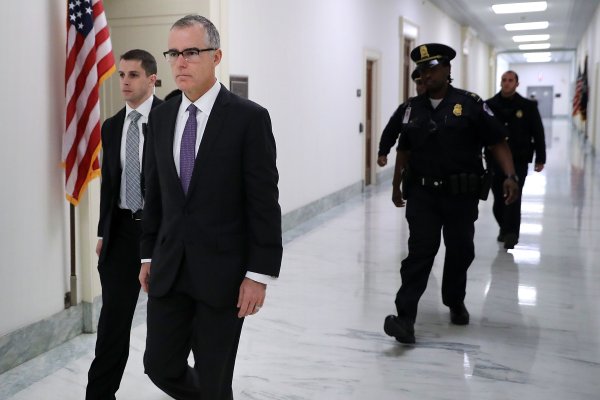 Trump Tweets He May ‘Get Involved’ to Force FBI on McCabe
Next Up: Editor's Pick