Secretary of the Interior Ryan Zinke on Sunday said that “extreme” environmental groups are contributing to the rise of wildfires in the West.

During a visit to parts of California that have been devastated by wildfires, he blamed environmentalist and their attempts to lessen logging in forests for the deadly blazes. He also said that climate change had nothing to do with the increasing frequency and intensity of the fires.

“America is better than letting these radical groups control the dialogue about climate change,” Zinke said in an interview with local TV news station KCRA. “Extreme environmentalists have shut down public access. They talk about habitat, and yet they are willing to burn it up.”

Zinke continued, saying he’s heard, “the climate change argument back and forth,” but that the California wildfires have “nothing to do with climate change.”

He went on to explain that “active forest management” was a solution he wanted to implement to prevent more fires in the future, but some activists say that’s just another way of letting big business decimate natural habitats.

“Business groups come in and say, ‘Oh we need to manage the forests,’” Dan Jacobson of Environment California told KCRA. “And that’s their code word for, ‘We need to cut everything down.’”

“We need to deal with the reality that climate change is a big part of the problem,” Paul Mason, vice president of Pacific Forest Trust, told KCRA.

Zinke suggested that environmentalist groups are preventing innovation solutions, like timber salvage operations, when they push back on logging and other forest management techniques.

“When you’re spending $2.5 billion fighting forest fires, there’s not a lot left in the budget to do forest management,” Zinke said in the interview.

More than a dozen wildfires are currently burning in California right now. The Carr fire in Northern California alone has so far damaged and destroyed at least 1,000 homes this summer. 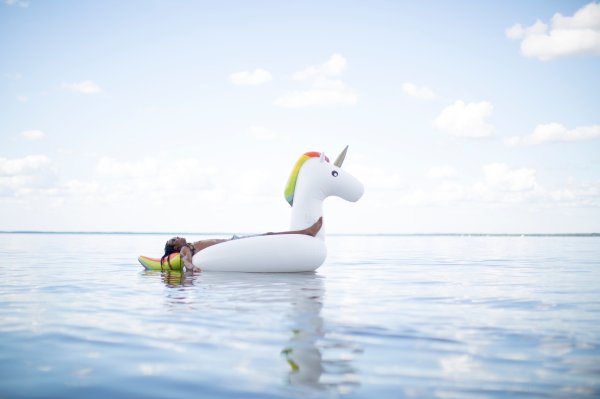 Minnesota Cops Saved These Women Stranded on a Unicorn Float
Next Up: Editor's Pick