Why Congress Can't Fix Even the Small Things

The U.S. Capitol is seen in Washington, DC on January 22, 2018 after the US Senate reached a deal to reopen the federal government, with Democrats accepting a compromise spending bill.
MANDEL NGAN—AFP/Getty Images
Ideas
By Joe Lieberman
Lieberman, a former U.S. Senator for Connecticut, is national co-chairman of No Labels.

When a car company rolls out a new model, they do their best to make sure it’s perfect from the outset. But in the months and years that follow, consumers often find a malfunction. Maybe it’s just something with the air-conditioning system. Maybe it’s a faulty indicator on the dash. But when the company’s engineers are told there’s a problem, they’re required to notify every owner, and correct it. Consumers aren’t pleased by the inconvenience — but better that than the car company failing to make the fix.

You’d think Washington would work the same way — that after a bill becomes a law, Congress would go back and correct any mistakes and keep the law current. But over the last several years, this entirely sensible norm has fallen out of favor. In a break from the bipartisan tradition established by the likes of Senate Majority Leader Everett Dirksen (R-IL) and House Speaker Tip O’Neill (D-MA), both parties are choosing more frequently to box the other out when writing significant legislation. And because those laws subsequently becomes the exclusive legacy of one party, the other party reflexively refuses to correct budding problems — even when both sides agree that changes are required.

When I first arrived in Washington in the late 1980s, the legislative process was not bedeviled by this sort of division and dysfunction. In 1970, Congress had overwhelmingly supported a bill to give real teeth to the Clean Air Act. The Senate supported it 73–0 before President Nixon signed it into law. But by 1989, power plant emissions from the Midwest had begun subjecting communities on the East Coast to acid rain, and particle pollution had become a new public health hazard. The bipartisan law passed two decades earlier did not adequately cover these concerns, so the original legislation needed to be improved and corrected.

As a member of the Senate Environmental and Public Works Committee, I witnessed the remarkable negotiations that followed. In a conference room off Majority Leader George Mitchell’s office (D-ME), senior members of President George H.W. Bush’s administration, including EPA Administrator William Reilly and White House Counsel C. Boyden Gray, sat down for weeks on end with senators from both parties as well as representatives of both industry and environmental groups.

Because the underlying legislation wasn’t considered to be the exclusive province of either party — and because both parties agreed that corrections to the existing law were necessary — no one objected in principle to making a change. The compromise we hammered out together passed both houses with bipartisan support, reduced acid rain and protected millions of people whose health would have otherwise been compromised by dirty air.

Because more recent health care and tax bills were passed not through bipartisan negotiation but rather by jamming one party’s agenda down the other’s throat, common sense changes to both have been stymied by partisan obstruction. Because Washington has failed to correct shortcomings in the Affordable Care Act, originally passed in 2010 with the exclusive support of Democrats, individual health insurance marketplaces in states around the country are at risk for unwinding, sending premiums skyrocketing for families that do not receive insurance through their employer or a government program. And because Congress has not found a way to make technical corrections to the tax bill passed several months ago, a range of industries face financial crises. One tax provision, designed to give restaurants a short-term write-off for renovations, instead requires them to spread the costs over 39 years. Another unintentionally puts individual farmers at a disadvantage when competing with agricultural cooperatives.

Republicans know that Obamacare needs fixing, and Democrats are well aware of the new glitches in the new tax laws. But neither side is willing to fix a bill supported by the other party. For far too long, Republicans have rooted for Obamacare to fail. And asked about the tax code fixes, one Democratic senator responded: “We’re not just going to sit down and fix the things they did badly because they did it in the dead of night with lobbyists at the table.”

Those reactions point to another result of Washington’s failure to solve the nation’s problems. It’s not that Democrats and Republicans merely have different policy priorities today. It’s not just that, given a free hand, they would enact very different agendas. We’ve reached a point where the parties are so divided that they refuse to fix problems with existing federal legislation even when they agree those problems need fixing. Working families priced out of the insurance marketplace and farmers and restaurateurs treated unfairly by the tax code changes should not be held hostage to partisan bickering, no matter which party authored and enacted any given piece of legislation. This shouldn’t be hard.

The fix for this problem is two-fold. In the short-term, members of both parties should set aside their petty partisan differences and correct federal policies when they’re broken. As long as President Trump is in the White House, Republicans will be held primarily responsible for whether government is working to the public’s satisfaction. And the Democratic agenda is rooted in the belief that government can be a powerful tool in improving peoples’ lives. So both parties have a vested political stake in demonstrating that Washington is working right here and now.

But in the long-term, leaders on both sides should use this bickering as an object lesson when approaching their next major legislative effort. Party unity — a reflection of partisanship — has been growing for years in both houses. But much as that shift has made it easier for the public to identify each party’s top priorities — Democrats expanding health coverage, Republicans cutting taxes — the shift has diminished the quality of the underlying legislation if only because the final product is rarely corrected over time. In other words, even if you can pass an important bill with support from your party alone, you should work tirelessly to find a way to make it a bipartisan effort. That way, when the bill needs to be fixed or modified (as any major piece of legislation inevitably requires), members of the other party will be more willing to work with you collaboratively to put things straight.

Bipartisan solutions to many of America’s problems are readily at hand. In the House, the Problem Solvers Caucus, composed of 24 Democrats and 24 Republicans, has authored fixes for health care, gun violence, immigration, border security and more. No Labels honorary co-Chairs Susan Collins (R-ME) and Joe Manchin (D-WV) are working in a similar fashion in the Senate. But their ideas have too frequently been stymied by a set of legislative rules that disadvantage bipartisan legislating. Satisfying as it may be for some to box your partisan adversaries out of the legislative process, the country suffers when major bills are passed along party lines. Bipartisanship not only points the path to better legislation. It opens the door for course corrections that, as history proves, are often necessary. 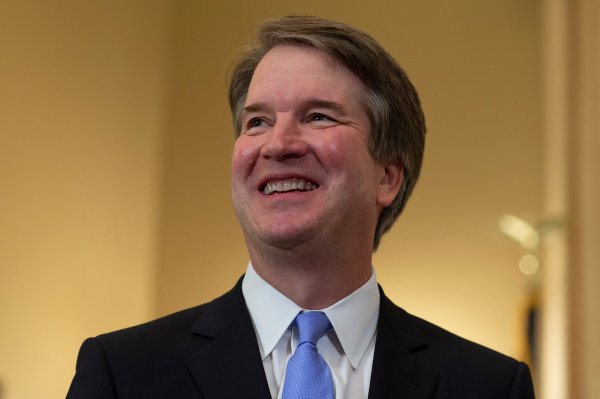 Kavanaugh Confirmation Hearings to Start in Sept.
Next Up: Editor's Pick