Seventy-one years ago, a line drawn between India and Pakistan ushered in a bloody separation that left lasting scars on both sides of the border. Upon independence from the British Empire, the two states were demarcated along religious boundaries that proved much less clear than administrators anticipated. An effort is now underway to preserve this past while those who experienced it are still alive, so that future generations may better understand how their borderlands became so volatile.

The Radcliffe Line came into effect at midnight on Aug. 15, 1947, marking the dissolution of the British Raj and dividing the provinces of Assam, Bengal and Punjab into two new nations determined by areas of Hindu and Muslim majority: then known as the Dominion of India and the Dominion of Pakistan, of which Bangladesh was a part. Mixed religious communities began a desperate months-long scramble across newly drawn borders to reside with their own kind; Muslims on the Indian side attempted to cross into Pakistan, while Hindus and Sikhs fled the other way. More than 14 million people crossed in both directions, resulting in what is generally regarded as the largest mass migration in human history.

It was also extremely violent. The number of dead varies widely, but more than one million people were believed to have been killed. On either side, majority communities used violence to drive out the minority; communal riots and faith-based killings were especially brutal in Punjab, which was divided into a Muslim West and a Hindu and Sikh East. Massacres, sexual violence, even infanticide occurred on both sides of the divide. Authorities began forcibly transferring populations to keep them separated. Inter-communal violence was rife in the years that followed, and to a lesser extent to the present day.

But memories of the traumatic formation of an Islamic-majority Pakistan and a Hindu-majority India, which still figures largely into tensions today, are fading as survivors age and pass away. On both sides of the border, as well as online, historians and archivists are working to preserve the first-hand accounts of families torn apart, reunited or otherwise affected by the bloody segregation of these post-colonial states. “I could see my grandparents’ generation all passing away,” says Mallika Ahluwalia, the granddaughter of survivors and co-founder of the Partition Museum. “There was a sense that if we don’t do this now, it will be too late.”

Read more: From Partition to Prosperity: A Family’s Journey

TIME spoke with the founders of three organizations and projects that are trying to keep memories of Partition alive through collected artifacts, first-hand accounts and social media engagement. In India, the Partition Museum opened in October 2016; across the border, the Citizens’ Archive of Pakistan has launched an Oral History Project, collecting audio recordings of survivors retelling their histories as well as other multi-media materials; in cyberspace, a group of friends administer a Facebook page called Bolti Khidki, which collects and shares the photographs and stories of people affected.

“The history of Partition is not about the past at all, but rather the present and even future of the region,” Faisal Devji, Professor of Indian History at Oxford University, told TIME on the importance of preserving this painful past. “There is no way of addressing anti-minority feeling in Pakistan and India, as well as the relations between the two countries, without engaging with Partition history.”

Below are a few of the projects that have brought these narratives to light in an effort to do just that.

The Partition Museum is the world’s first and only institution dedicated to preserving the history of India’s great divide. Located in Amritsar, India, it opened on Oct. 24, 2016, and features a collection of art and personal artifacts, archived newspaper clippings, photographs, public announcements, government documents and other relics of this defining event of modern India and Pakistan.

Many of those artifacts, like the ones shown below tell the personal story of a family or individual’s unique connection to the events.

Mallika Ahluwalia, the museum’s co-founder and curator, explains the purpose and vision of collecting these stories: “My father did not know that his mother was Partition-affected because that generation never told their children about it. Our process of collecting these histories not only documents them for the future but also opens up conversations within the families that otherwise might not have happened. We view that as a wonderful and powerful thing that we could enable.”

The Oral History Project is a digital collection administered by the Citizens’ Archive of Pakistan, a non-profit organization operating in Karachi and Lahore. According to the organization’s website, the project has amassed more than 1,800 stories since its foundation in 2007; the site features photographs, audio clips in English, Hindi and Urdu, and videos of Partition survivors recounting their experiences.

“How many countries can say they have access to their first-generation citizens?” asks Aaliyah Tayyebi, the senior project manager. “When you hear these elderly voices, you can hear the power of their stories and you understand the value of what they sacrificed. Everyone wants to share their stories, so that they feel that it was not just another moment in time.”

Below is the story of Naseem Sani, who recalls seeing trucks full of bodies and funereal trains that arrived in stations full of corpses after refugees were attacked while trying to flee. “We were going in a tonga [rickshaw] and I remember there was a truck full of dead bodies passing… I think they had collected all the Hindus that were killed,” she said. “I still remember the arms and legs, you know… when I saw that I got such a scare.”

Bolti Khidki, which translates to “the Speaking Window,” is a Facebook page started by three friends from India and Pakistan — Sandeep Partap Dutt, Faisal Hayat and Ritika Sharma. In April 2017, they began sharing photographs and stories they had collected of people affected by Partition on both sides of the border, and have since amassed almost 10,000 followers. Sandeep and Faisal, who met through another Facebook group dedicated to India-Pakistan peace, collect stories from India and Pakistan respectively, Ritika edits them in English before they are shared on the page. An Indian story is shared every Monday, a Pakistani story every Friday. The group is now working on a book that is expected to be published by Oxford University Press by early 2019.

“This is our common shared history, which is awful and full of bloodshed,” Sandeep, one of the group’s founders, tells TIME. “But it needs to be shared and preserved so that our generation and the upcoming generations will always remember who we are and where we’ve come from.” 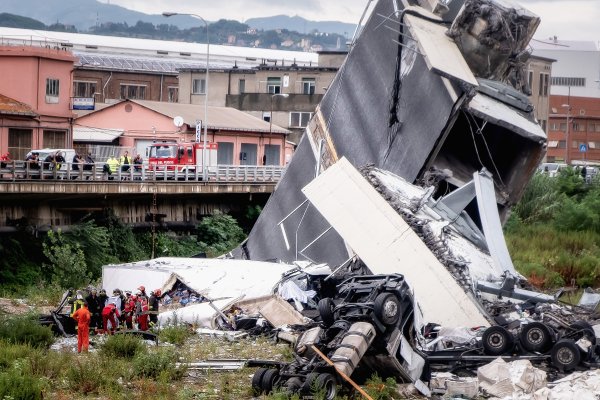