Chick-fil-A Looks to Lower the Heat on Gay Marriage

Chick-fil-A wants to move beyond recent controversy over the fast food chain’s stance on gay marriage as it looks to court younger customers.

CEO Dan Cathy told USA Today in an interview published Monday that he’s bringing the company into a millennial-friendly era that will not only include new menu items and store locations, but a new perspective on what beliefs should and shouldn’t be shared with the public.

Cathy sparked protests and couter-protests in 2010 after saying he was “guilty as charged” when it came to being against gay marriage. Now he’s ready to play down any focus on those issues.

“All of us become more wise as time goes by,” he told USA Today. “We sincerely care about all people. … I’m going to leave it to politicians and others to discuss social issues.”

Cathy said that he’s planning move forward not only by keeping quiet on social issues, but also by expanding Chick-fil-A’s offerings.

One big change is a brand new, secret grilled chicken line—a result of 12 years of testing more than 1,000 recipes. The chain has also announced it would pay more attention to health by moving toward using only antibiotic-free chicken, high fructose corn syrup-free dressings, and artificial ingredient-free buns.

And Cathy is also eyeing more urban markets in which to open 108 new restaurants this year. Many of these will open in New York because, as VP of design and innovation Woody Faulk said, “If we can’t do it in New York, we have no business going anywhere else.” 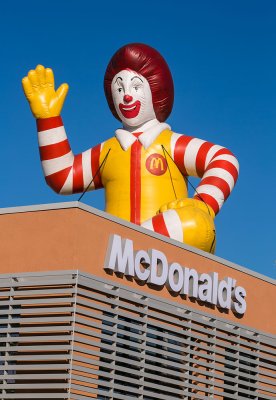 The Great American Breakfast War Heats Up
Next Up: Editor's Pick