Donald Trump Jr. arrives at Trump Tower on January 18, 2017, in New York City, two days before his father was sworn in as the 45th President of the United States.
John Moore—Getty Images
By Gina Martinez

Donald Trump Jr. deleted a doctored image from his Instagram Friday, which showed his father’s approval rating at 50%.

The falsified image originated from a CNN segment that aired on Monday, which compared numbers from the same period in the past two presidencies. It showed President Donald Trump’s current 40% approval rating, compared to former president Barack Obama’s 45%, as well as unemployment rates and jobs added.

Trump Jr. posted a doctored image on Wednesday that had a “50%” overlaid on top of Trump’s approval rating. The original 40% figure was still slightly visible over the poorly-doctored 50%. Trump Jr. included the caption, “Amazing. I guess there is a magic wand to make things happen and @realdonaldtrump seems to have it #maga #americafirst”

The president’s son was immediately called out on social media for posting the fake data, not only for its inaccuracies but also for its poor quality.

Ironically, CNN created the approval ratings graphic for a segment fact checking President Trump’s claim that his approval numbers were better than Obama’s at this point. 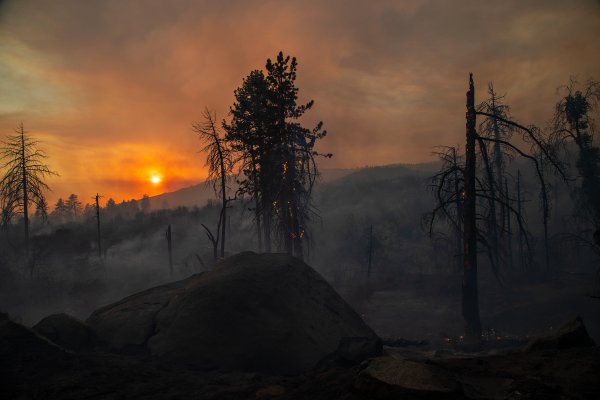 Smoke From California Wildfires Is Reaching the East Coast. Here's What That Means for the Air Near You
Next Up: Editor's Pick