Nicki Minaj‘s long-anticipated Queen album dropped on Friday, bringing with it a diss track of epic proportions that effectively put every rapper (plus one DJ and a football player) who’s ever been associated with her in the news on blast.

The song is a wink and a nod to The Notorious B.I.G.’s “Just Playing (Dreams),” which featured Biggie waxing eloquent about all the women in R&B that he’d like to have a dalliance with. Biggie’s track was famously reinterpreted by rapper and noted Nicki Minaj feuder Lil’ Kim with her song “Dreams,” in which she flips the script by listing all the men in R&B that she’d fantasized about. Now, it appears that Nicki’s putting her own spin on the song by sampling Biggie’s original beat and calling out a list of men in rap (and beyond.)

Minaj’s playful jabs at the lengthy list of would-be paramours spares no one in the industry, not even her Young Money compatriot, Drake and especially not her ex, Meek Mill. While Drake and Meek’s name drops on the track should surprise no one, there are a few names that could elicit some surprise — like DJ Khaled and Tekashi 6ix9ine. Listen to Nicki call out basically the entire rap game below. 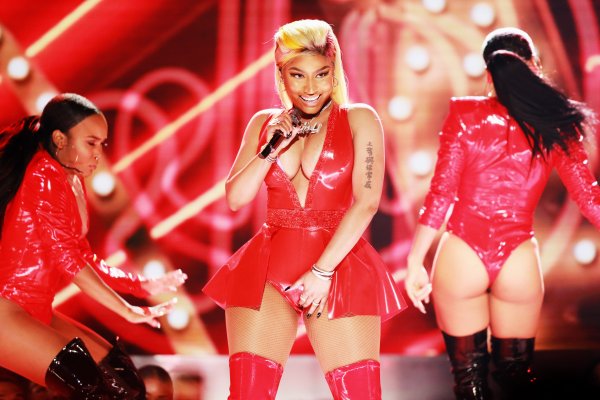