Jimmy Kimmel couldn’t resist having some fun with the most recent update on the Trump administration’s proposed “Space Force.”

During Thursday’s episode of Jimmy Kimmel Live!, the host shared his take on Vice President Mike Pence’s speech at the Pentagon outlining the Administration’s proposed plan to make a Space Force the sixth branch of the U.S. military by 2020.

“That was not a scene from a movie,” Kimmel quipped. “That was real. The Space Force is actually happening. They’ve got plans, they’re finding money, Michael Bay is onboard to direct the whole thing.”

Kimmel then brought in actor Fred Willard for a parody imagining Trump’s Space Force as a reboot of the 1978 TV movie of the same name.

“Space Force is not an original idea,” Kimmel explained. “Maybe that’s where Trump got the idea. He was a kid watching Space Force on NBC.” 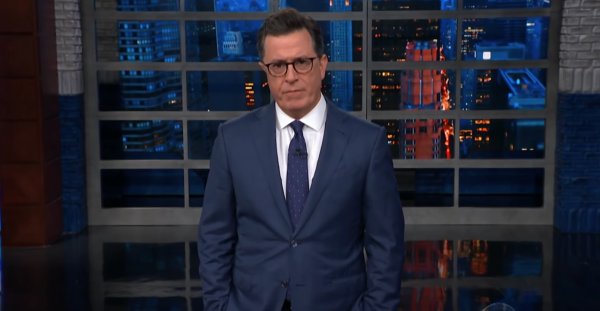 Stephen Colbert Suspects He Knows Where the Idea for Trump's Space Force Came From
Next Up: Editor's Pick