At least four people have been killed in a shooting in the city of Fredericton in eastern Canada, according to police. One suspect is in custody, though officials are asking residents to continue to avoid the area.

Fredericton Police asked that residents “do not post information about the position or activities of police or first responders,” and advised those nearby “to avoid the area and stay in their homes with doors locked at this time for their safety.”

The exact circumstances of the shooting remain unclear.

A resident said he heard a series of “firecracker” sounds around 7 a.m. local time, according to the CBC. He heard more similar noises about five minutes later.

Due to the volume of calls, police have advised residents not to call the police station directly.

Fredericton, a city of about 60,000, is the capital of New Brunswick, Canada.

Most Popular on TIME
1
AstraZeneca Manufacturing Error Clouds Vaccine Results
2
Who Should Be TIME’s Person of the Year for 2020? Vote Now
3
Soccer Legend Diego Maradona Mourned Around the World 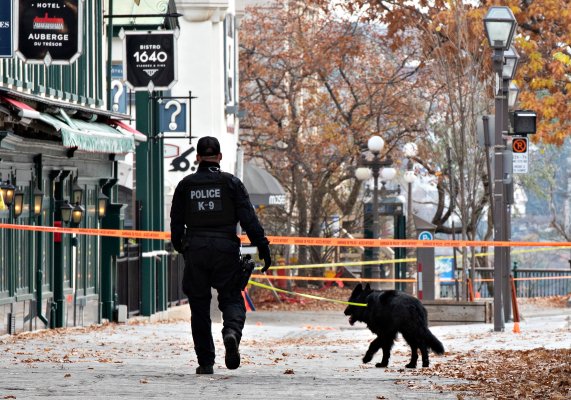 2 Killed, 5 Wounded in Halloween Sword Attack in Quebec
Next Up: Editor's Pick