Kobach leads by just 91 votes after an error was discovered Thursday, giving Coyler 100 more votes. Kobach, who was backed by President Donald Trump, oversees vote counting and other election administration duties as Secretary of State.

Coyler’s campaign alleged that at least two counties have reported inaccuracies regarding election night totals on the Secretary of State’s official website.

Coyler asked Kobach to designate the Kansas Attorney General to oversee the election while votes are counted.

“It has come to my attention that your office is giving advice to county election officials – as recently as a conference call yesterday — and you are making public statements on national television which are inconsistent with Kansas law and may serve to suppress the vote in the ongoing Kansas primary election process,” Coyler said in the letter.

Coyler said that Kobach, who is a lawyer, is prohibited from giving advice in any matters in which he is personally interested. The governor also said that the narrow margin in the governor’s race increases the likelihood of a recount or lawsuit.

“It is crucial that all voting materials, including ballots, advance ballot applications, advance ballot envelopes, communications among election officials, and all other related documents, be preserved indefinitely,” Coyler wrote.

Coyler asked that Kobach respond to his letter no later than 9:00 a.m. on August 10.

Trump enthusiastically endorsed Kobach on Monday, despite advisers reportedly cautioning him not to. Last year, Trump appointed Kobach as vice-chairman of a presidential commission to investigate Trump’s claims of the 3 to 5 million votes were illegally cast during the 2016 election. A report last week alleged that the commission disbanded without finding any evidence of widespread voter fraud. 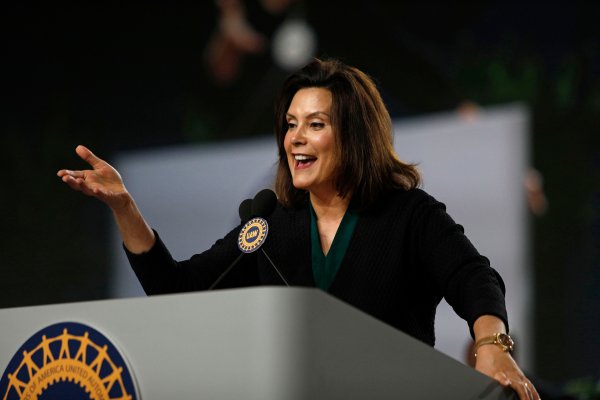 Record Number of Women Running This Year
Next Up: Editor's Pick