Why You Can Look Forward to Being Happier in Old Age

If life wanted to mess with you, it couldn’t have come up with a better way than death. Especially the lead-up. Your strength flags; your world narrows; much of what once gave you pleasure and satisfaction is now gone. But as it turns out, happiness is still very much with you—often even more so than before.

In some ways, our youth and middle years are really a sort of training period for the unanticipated pleasure of being an older adult, psychologist Alan D. Castel of the University of California, Los Angeles, argues in his new book, Better With Age: The Psychology of Successful Aging. In one 2006 study -Castel cites, a group of 30-year-olds and 70-year-olds were asked which of the two age cohorts was likely to be happier. Both of them chose the 30-year-olds. But when those groups were asked about their own subjective happiness, the 70-year-olds came out on top.

Psychologists, anthropologists and other investigators have long been intrigued by similar findings—that old age is often a time defined not by sorrow, dread and regret but rather by peace, gratitude and fulfillment. Investigators looking into the happy senescence phenomenon attribute it to a lot of things: seniors become masters of “terror management theory” or “constructive distraction” or “voluntary affirmation of the obligatory.” In other words, they figure: I’m gonna die? What else is new? Meantime, I’ve got my grandkids here.

Just as surprising as the happy oldster is the miserable middle-ager, Jonathan Rauch reports in his book The Happiness Curve, published in May. Life satisfaction appears to follow a U-shaped course, with its twin peaks in childhood, when the world is one great theme park, and in old age, when we’ve been on all the rides a thousand times and are perfectly content just to watch. It’s in the middle—our 40s and 50s, when our power, potential and productivity are the greatest and we should be feeling our happiest—that life satisfaction bottoms out.

The U is true across nations, cultures and income levels, research shows. It makes a lot of sense. For one thing, all that power and productivity require a lot of work to maintain, and it comes at the very moment when other pressures are the greatest—raising kids, paying the mortgage and those kids’ tuition bills. Your evaluative happiness (how your life would appear if measured in terms of wealth, achievements and a stable family) can be very different from your affective happiness (how you actually feel). A life that looks happy is not necessarily experienced as happy.

In the later decades, this changes in a lot of ways. For one thing, that business of realizing that you may never achieve a long-desired goal can actually be a positive experience. After banging your head against the wall for 40 years to make partner or become department chair, the day you accept you’re free to quit trying comes as a relief.

There is, similarly, what Rauch describes as an older person’s ability to normalize crises. Life can be a series of experiential typhoons, both good and bad—falling in love, falling out of love, marriage, divorce, new job, lost job—and every one of them feels overwhelming at first. But there are only so many Category 5s that can be thrown at you before you realize that the clouds will eventually part and you’ll probably be left wet but standing.

Then, too, there is the business of wisdom. Evolutionarily, any species that hopes to stay alive has to manage its resources carefully. That means that first call on food and other goodies goes to the breeders and warriors and hunters and planters and builders and, certainly, the children, with not much left over for the seniors, who may be seen as consuming more than they’re contributing. But even before modern medicine extended life expectancies, ordinary families were including grandparents and even great-grandparents. That’s because what old folk consume materially, they give back behaviorally—providing a leveling, reasoning center to the tumult that often swirls around them.

In another study cited in Better With Age, a group of successful CEOs of Fortune 500 companies—all 50 to 70 years old—scored lower on lab-based tests of reasoning and processing speed than younger people, yet all the CEOs nonetheless were running huge, stable and exceedingly profitable companies. Clearly, something more than the ability to crunch a lot of data was contributing to their success.

Earlier in life, wisdom can seem out of reach. But for those who have attained it, Castel writes, “often wisdom allows people to see the obvious, or to use common sense without second-guessing themselves or the outcomes.”

Yes, death is nonnegotiable—something that can only be delayed, never avoided. It’s a mercy, then, that when we do reach the end, so many of us arrive there smarter, calmer and even smiling. 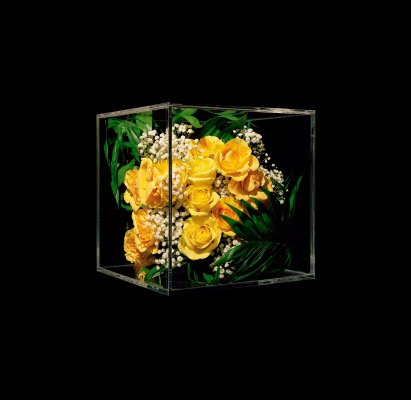 How a Common Death Ritual Made It Harder to Mourn the Loss of My Mother
Next Up: Editor's Pick