A screenshot from an email from the Donald J. Trump for President, 2020 campaign office asking supporters to vote for a 'Space Force' logo.
Trump Make America Great Again Committee
By Gina Martinez

Hours after Vice President Mike Pence outlined the Administration plans to create the Space Force – a proposed sixth military branch focused on space security- the Trump campaign sent out a mass email asking supporters to vote for a logo for the Space Force.

“President Trump wants a SPACE FORCE- a ground breaking endeavor for the future of America and the final frontier,” the email, signed by Trump’s 2020 campaign manager Brad Parscale, said. “As a way to celebrate President Trump’s huge announcement, our campaign will be selling a new line of gear. But first we have to make a final decision on the design we will use to commemorate President Trump’s new Space Force- and he wants YOU to have a say”

All of the proposed logos feature the phrase “Space Force” with one logo that also includes the words “Mars Awaits.”

“Now the time has come to write the next great chapter in the history of our armed forces, to prepare for the next battlefield where America’s best and bravest will be called to deter and defeat a new generation of threats to our people and to our nation,” Pence said. “The time has come to establish the United States Space Force.”

President Trump tweeted his support shortly after the announcement, “Space Force all the way!” 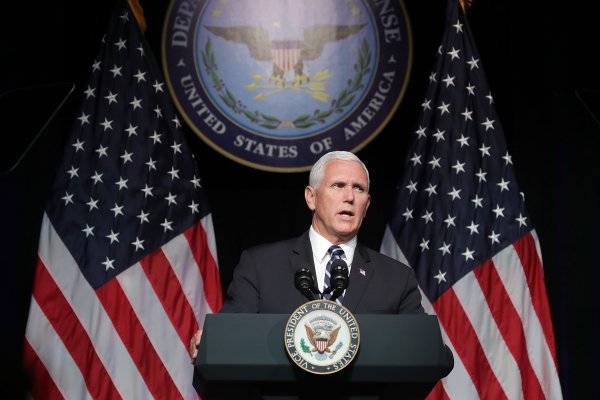