The Flash‘s Grant Gustin hit back at body shamers who criticized his looks after a photo of the actor in a prototype of his costume leaked online.

Fans of The Flash who didn’t like the costume or the way Gustin looked in it took to attacking his appearance.

“It’s a cool suit. That’s a terrible photo that I was unaware was being taken, much less being posted,” he said. “As far as the body shaming. That’s what pisses me off.”

“There’s a double standard where it’s ok to talk sh-t about a dudes body. I do my best to stay in shape and add as much size as I can through out these seasons,” he said. “I’m naturally thin, and my appetite is greatly affected by stress.”

The Flash actor said he is happy with the way he looks. “Other kids who are build like me and thinner than me should be able to feel the same way.” 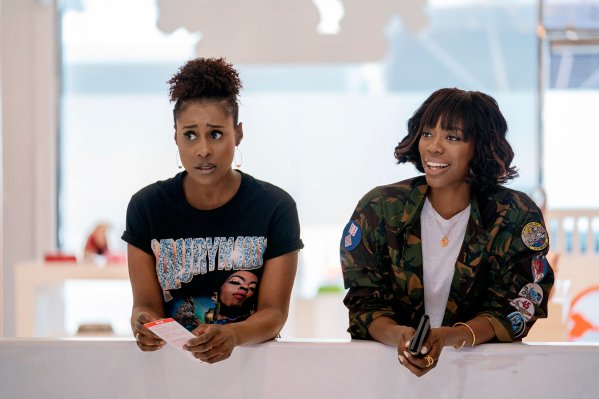 Insecure Nails Millennial Malaise in a Standout Third Season
Next Up: Editor's Pick