Police officers were in for the highlight of their lives when a whale swam up to their boat to make friends.

A video captured a whale swimming up to their patrol boat off of Queensland, Australia’s coast on Sunday. The whale popped in and out of the water to say hello, and put on a splashy show for the uniformed officers, flapping its fin on the water’s surface, and spraying out of its blow hole.

Peak whale migration season sweeps through Australia between June and November, when the creatures start making their way south to Antarctica.

It’s a great time to spot whales, but it’s rare that a whale gets this close to people on a boat. It’s still unclear what kind of whale it its, other than friendly.

To that end, you better believe the officers snapped a selfie with their new best friend, giving two thumbs up in approval. 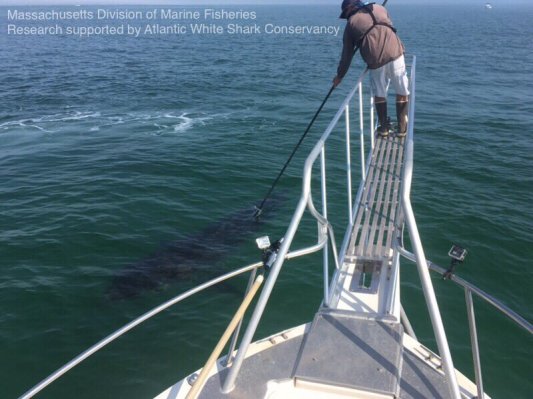 Amazing Footage Shows the Moment a 12-Foot Great White Shark Jumped Out of the Water at a Researcher
Next Up: Editor's Pick