Ideas
By Bessma Momani
Momani is Professor at the University of Waterloo, Senior Fellow at the Centre for International Governance Innovation and Arab Gulf States Institute in Washington.

Saudi’s young Crown Prince Mohamed bin Salman (MBS) has been moving his country at a rapid speed of change. At home, that has elicited joy and caused a surge of nationalism. But since becoming crown prince last year, his foreign policy moves have been a source of anxiety for the international diplomatic community. Unpredictable and brash moves have now become the crown prince’s diplomatic signature.

From the alleged kidnapping of the Lebanese Prime Minister to get him to renounce Hizbollah and Iranian influence in Lebanese politics, to the severing of all diplomatic and economic ties with neighboring and fellow Gulf Cooperation Council member Qatar, to the now intractable war against the rag-tag Houthi rebels in Yemen, MBS takes foreign policy to the extreme.

Now it looks like it’s time to take on Western governments that dare criticize Saudi Arabia’s human rights record. Countries who speak out will lose billions of dollars of lucrative business deals. And so, on Monday, Saudi Arabia was willing to cut Canada loose—to achieve its broader objective of signaling to the world that the new Saudi Arabia is serious about rejecting unsolicited criticism of its internal affairs. After all, bilateral economic ties are minor in the grand scheme of things. What matters to Riyadh is that the message will be heard loud and clear across the globe.

Both Sweden in 2015 and Germany in 2017 felt similar Saudi wrath when they criticized the Kingdom’s human rights. European ambassadors were temporarily recalled and some business deals were suspended. But the crown prince is taking this diplomatic spat with Canada to a whole other level. Expelling the Canadian Ambassador, halting new trade and investment deals, suspending Saudi Airlines flights into Canada, removing government holdings of all Canadian assets and bonds in their financial portfolio, flying back Saudi patients from Canadian hospitals, telling some 15,000 Saudi students in Canada on government scholarships to find alternate arrangements abroad, recalling nearly 800 Saudi doctors training in Canadian healthcare to come home. All this in under a week since the Canadian Foreign Ministry sent a tweet criticizing Saudi human rights’ record.

If the dispute with Qatar is any indication of where things are going with Canada, the Saudi crown prince will leave no room for compromise, ask the impossible of the Canadian government, and continue to bash Canada at every turn. Saudi state television has already made Canada—a country with a reputation of welcoming minorities and immigrants—to be the beacon of global oppression. This all out mudslinging of a country’s reputation comes from the same playbook used with Qatar.

So what next? Short of having Canada’s foreign minister’s resignation, this feud will likely continue to roil until there is a change in government. Since the crown prince is a young 32 and has effectively consolidated power around him, it will be the change of Canadian government that will put this diplomatic spat to rest. Canada has elections coming up in October 2019. Until then, expect more of the extreme. After all, Saudi Arabia is literally trying to cut off Qatar by creating a physical channel of water between it and the Qatari peninsula attached to it. At least in Canada, we can be thankful we do not share a border with the Saudis.

But the country with which Canada shares the longest undefended border in the world, the United States is silent. The absence of diplomatic support for Canada from its traditional allies is astounding. In any other time of history, Canada would have expected the United States to have come to the defense of Canadians and the liberal democratic values they supposedly share. But under the Trump administration, this is no normal United States.

Trump is also no fan of Prime Minister Justin Trudeau—calling him “weak” on Twitter—and is likely unimpressed with Trudeau’s self-declared feminist foreign policy. We don’t know whether Riyadh cleared the diplomatic move with Washington before expelling Canada’s Ambassador, but the deafening silence out of the White House on the matter makes it clear that Trump does not care for a traditional bilateral relationship with Canada. Indeed, he may be relishing the thought that Trudeau is getting a beating by the Saudis.

The young crown prince is not yet king, but already Qatar, Yemen, and now Canada are in Saudi crossfires. It seems clear that Saudi Arabia will be sending shockwaves in diplomatic circles for years to come. 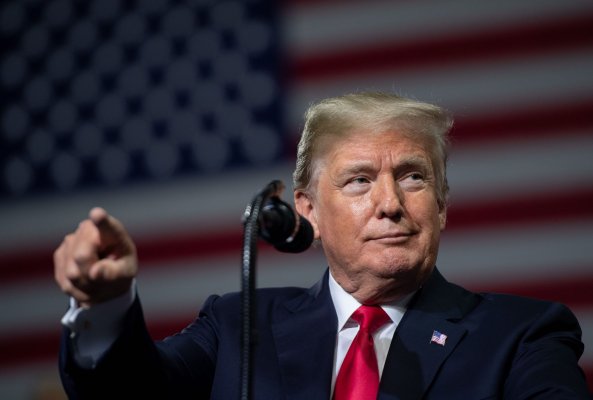 Why President Trump's Latest Collusion Claims Don't Add Up
Next Up: Editor's Pick