Mitski Is Here for the Outsiders in Music

Mitski Miyawaki didn’t have the money to fly home for the holidays. It was late 2017, and the raw-edged indie rocker, who performs under her first name, was fresh off a two-year world tour that ended in Australia. Instead, she took herself to nearby Malaysia. Lonely, devoid of instruments and itching to turn her frustrations into music, she went to a local Toys “R” Us and bought a toy piano. On that piano she wrote “Nobody,” a glittering single off her new album, Be the Cowboy, out Aug. 17. Beneath its disco-ready chords, “Nobody” is a song about a young woman grappling with isolation.

“For a long time, I didn’t believe I could be a musician,” Mitski says now, over tea in Manhattan. “I didn’t see anyone like me doing what I wanted to do.” By “like me,” she means different. “I was an Asian girl who wasn’t hot, who wanted to write my own music,” she explains. “When you don’t see an example of something, it’s very hard to imagine it.”

Mitski, who has been touring for more than five years, has opened for Lorde and captured critical praise for the strength of her first albums. But on a July afternoon in New York City, she still goes by unnoticed. For Mitski, making music isn’t a choice–it’s a calling. Without her career, she doesn’t think she would even be alive. “I was really self-destructive,” she says, “until I realized there was something I could create and do.”

Born in Japan to a white American father and a Japanese mother, Mitski’s family rarely stayed in one place for long; at times she has called the Democratic Republic of Congo, Malaysia and the Czech Republic home. Even now, she stashes her stuff at her father’s place in the States but doesn’t claim a permanent address. After switching from studying film to pursue music at SUNY Purchase College, Mitski released haunting, piano-forward songs on her own before making a name for herself with 2014’s Bury Me at Makeout Creek and 2016’s well-received Puberty 2. Direct in her lyricism, Mitski has bold guitar skills and an unflinching stage presence. In “Your Best American Girl,” her most popular song to date, she outlines the particular pain of being different: “I guess I couldn’t help trying to be your best American girl.” The message is a mix of her unique experience as a Japanese-American nomad navigating love and our universal fear of rejection, and also functions as something of an artist statement: Mitski isn’t your average American rock star, but she’s giving it her best shot. Over time, she has nabbed top spots at festivals like Coachella and received nods from icons like Iggy Pop, who called her the “most advanced American songwriter that I know.” It has taken constant work to get where she is now–and she’s not done proving herself.

Her rock bottom was a show several years ago at a Manhattan dive bar with an audience of zero; the sound guy tried to cut her set short. “From there, I played 2,000 more shows, and I kept playing to nobody, but as I did it, I learned ways to make myself heard,” she explains of her stint in what she calls “performer’s boot camp,” an attempt to develop a thicker skin. Along the way she attracted a devout following of her specific brand of defiant, unfiltered and unfussy music, including young women, people of Asian descent and other listeners who Mitski says “feel like they’re on the outside.” That’s exactly where Mitski herself is most comfortable. On her new song “A Pearl,” a searching, guitar-driven ditty, she finds a dark pleasure in personal pain. “I wrote it about having some kind of toxic thing inside you, but you still hold on to it, because it’s just part of your identity,” she says. Mitski, like her fans, is willing to claim her edges as important features. “If I ever was on the verge of being on the quote unquote ‘inside,’ I would sabotage myself in some way,” she says. Glossy pop stardom and stadium headline tours aren’t her goals.

Mitski isn’t the only outsider in today’s indie-rock scene, of course. Her contemporaries–particularly young female artists with cult followings like Lucy Dacus, Soccer Mommy and Snail Mail–also speak to the experiences of marginalized voices. The world of rock music is still dominated by white men, and historically it hasn’t welcomed people like Mitski. While she allows that there’s “more space than before” for their voices now, she’s still not satisfied. As one of the only high-profile Asian women in mainstream music, she chafes at being labeled a representative of a diverse population. “I think a lot is put upon me,” she says. Instead, she dreams of a future in which she doesn’t have to be the face of “the entire continent of Asia. ‘Cause it’s very big.”

That kind of symbolic status can lead artists to stagnation; they’re stuck trying to please fans. But on Be the Cowboy, Mitski takes the reins on her own terms. The title comes from what she calls an “inside joke with just myself,” a mantra to “be the cowboy you wish to see in the world,” which she uses to combat feelings of impostor syndrome. “What would a white guy say? What would a swaggering cowboy riding into town do in this situation?” she asks. Her answer: make exactly the music she wants to make.

While her last album was appropriately called Puberty 2, this one finds Mitski, at 27, all grown up: there’s polish and bounce underlying her clear-voiced delivery. On upbeat ballads like “Lonesome Love” and “Come Into the Water,” echoes of classic rock and country, like the Beatles and the Dixie Chicks, seep into her melodies. “Washing Machine Heart” toys with toe-tapping ’80s synths and asks a lover to “toss your dirty shoes in my washing-machine heart, baby, bang it up inside,” while “Blue Light” begs for attention: “Somebody kiss me, I’m going crazy, I’m walking round the house naked.” Seeking validation and a cure for alienation, Mitski layers the sharpest compositions of her career with some of her rawest lyrics. In the process, she maintains the texture of the live music she prefers–and explores what she calls “adult love,” with all its messiness and unfulfilled desire. Mitski has made a conscious effort to keep her personal life private; as a result, she remains enigmatic. But by playing the game her way, she’s trying to let her music speak for itself.

“I don’t want your pity, I just want somebody near me,” she croons lightly on “Nobody,” and she might as well be asking for a few people to give her music the time of day. Almost every song in her discography is under three minutes. This isn’t an artistic choice, Mitski stresses–it’s tactical: “I’m not a straight white guy. No one’s going to listen to me noodle for 45 minutes.” Instead, she has made a career out of producing art that is “precise and concise,” like her.

Back in the Manhattan tea shop, she finishes her matcha latte and asks for a to-go container for some leftover sweets. Later, she’ll disappear into the city for a few days and crash at a friend’s place to save cash. Then she’ll head back out on the road, alone again. 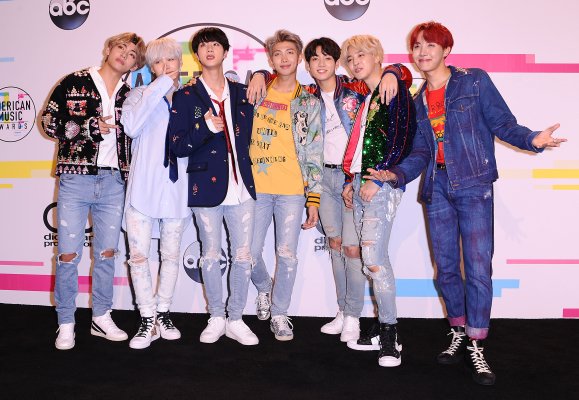