A diplomatic spat between Saudi Arabia and Canada escalated on Aug. 6, after the Canadian Foreign Minister called for the release of women’s-rights activists jailed in Saudi Arabia. In response, Saudi Arabia expelled Canada’s ambassador, paused all new trade and investment and declared that some 15,000 Saudi students on government-funded scholarships would be transferred out of Canada. The uproar follows–and does no service to–the kingdom’s effort to show the West a new, more modern face.

Praised in the West as an ambitious young reformer, Saudi Arabia’s Mohammed bin Salman has been slowly peeling back restrictive laws since he became crown prince last year. For example, he lifted the country’s ban on female drivers and allowed movie theaters to reopen after 35 years. Being a reformer is not the same as being a democrat, however. Since May, the kingdom has also led an “unprecedented government crackdown” on activists, according to Human Rights Watch (HRW).

The tactics used against Canada aren’t new for Saudi Arabia. In March 2015, after Sweden’s Foreign Minister criticized the flogging of blogger Raif Badawi, the kingdom recalled its ambassador and blocked business visas for Swedish nationals. And in November, Germany’s Foreign Minister made a veiled criticism of Saudi Arabia’s military intervention in Yemen and endured blowback, including blacklisting of some German companies.

Under President Trump, the U.S. has been far less vocal about human rights in Saudi Arabia than in the past–making it tricky for less powerful countries to speak out, especially when lucrative trade deals are at risk. Canada says it doesn’t regret defending human rights, but advocates see little likelihood of other countries following suit. Sarah Leah Whitson, HRW’s Middle East director, says most have “been willing to look the other way.” Modern or medieval, the kingdom appears intent on remaining an absolute monarchy. 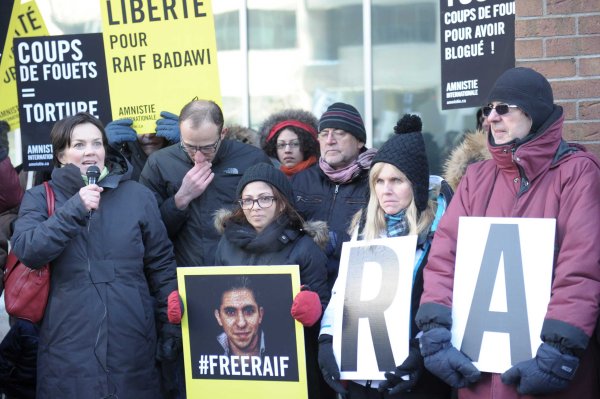 Why Saudi Arabia Is Pulling Students Out of Canada
Next Up: Editor's Pick