Stacey Cunningham, Head of the New York Stock Exchange, Talks History as She Changes It

Growing up, Stacey Cunningham thought her father was a sock trader. He was in fact a stock trader and hung a LeRoy Neiman painting of the New York Stock Exchange floor in his den. Now Cunningham is president of the exchange–the first woman to run the organization since its founding in 1792.

Eight weeks into the top job, Cunningham works the iconic floor of the exchange–which, even today, has only one full-time female trader–as the showcase for American capitalism it has remained, even in the digital age. It’s the day of an initial public offering, and the boss plants herself at the front of a sea of traders watching screens. Men in blue jackets pace well-worn floorboards, frowning and calling out bids as the designated market maker zeroes in on the opening price for a clean-energy company. With Cunningham at his side, Bloom Energy CEO K.R. Sridhar stands by, waiting to discover what his company is worth to the public.

“We throw a party,” Cunningham explains, as she moves between the ceremonial duties she carries out for each IPO. First there was the breakfast in the gilded Board Room, where she spoke about the historical significance of the NYSE. Then came the ringing of the opening bell, when she ushered Sridhar and his top crew, including former Secretary of State Colin Powell, a Bloom Energy board member, onto the compact marble platform that overlooks the trading floor. When the bell rang at 9:30 a.m. sharp as it always does, Powell leaned over the railing to take a video of the crowd, and Cunningham joined the team in fist-pumping cheers.

These occasions serve as a reminder that equities trading once required a human touch. Now computers do the vast majority of the work in trading stocks across the globe. Even Cunningham admits that human traders are more of a luxury–though she and surrounding team members are quick to describe those traders’ benefits: she argues that a human watchdog can consider real-time factors in a way algorithms cannot, which leads to less volatility and more “investor confidence.” A big part of Cunningham’s job is advocating for the necessity of an in-person exchange.

Muriel Siebert became the first female member of the NYSE in 1967, after being turned away by the first nine men she approached to sponsor her. At the time, there was no women’s bathroom on the seventh-floor Luncheon Club. Eventually, the organization built one–inside an old phone booth. When Cunningham first set foot on the exchange floor as an intern in 1994, that single-stall bathroom was still there. “The New York Stock Exchange history runs back 226 years,” says Cunningham, throwing on a blue leather jacket over her dress in an ice-cold meeting room. “Women have not been a big part of that history.”

Cunningham, one of six children, didn’t grow up expecting to work in finance. But when she needed a summer job and couldn’t land a waitressing gig as she’d hoped, her father helped her get the NYSE internship. “For anybody, the first time walking down to the trading floor, there’s a little bit of awe,” she says. Amid the hustle of the floor, she discovered a work-hard, play-hard community that felt like home. Two years later, after graduating from Lehigh University with a degree in industrial engineering, Cunningham headed back to Wall Street and joined the exchange as a trading-floor clerk.

Her first week started with a test. They wanted her to start on Monday; she asked for Wednesday. “They sent the head of the firm over to intimidate me,” Cunningham recalls. “He was trying to say, ‘So, you can’t start until Wednesday. Why is that?’ I just decided in that moment I was going to set a tone with these guys going forward.” Cunningham looked him straight in the eye and cracked, “Well, my astrologer told me that Wednesday was a better day to start new ventures.” The would-be enforcer laughed and told her she’d do just fine on the floor.

Still, it wasn’t always easy being “the girl,” Cunningham says. That’s what many of her colleagues called her–sometimes sweetly, sometimes with disdain. She was one of 30 or so women, compared with about 1,300 men. She had to set boundaries, even if it meant defending double standards of her own making; it was O.K. for a friend, but not a condescending co-worker, to call her “the girl.” She took a peer’s advice: “You tell them they’re not allowed to cross the line unless they’re invited over the line.” For the most part, she says, she felt respected for walking into a male-dominated world. “Being outnumbered can cut both ways,” she says. “I played my own game.”

After nine years on the NYSE floor, Cunningham took a detour to pursue an old dream: cooking. She completed a nine-month culinary-school program, part of which required working in a restaurant. Kitchens, much like the exchange floor, are often chaotic, aggressive and dominated by men–and require the same attitude to get by. “It’s a communication style. It’s being direct. It’s being quick,” she says. Cunningham brought those lessons back to finance, working in sales roles at NYSE competitor NASDAQ from 2007 to ’11, before returning to the NYSE in ’12. She became COO in ’15 and took the top spot this past spring, breaking a glass ceiling. (Another woman, Catherine Kinney, was once co-president, but the role was lower in the hierarchy at the time.)

Cunningham works from 8 a.m. to 8 or 9 p.m. each day. She wakes up thinking about the markets and goes to sleep doing the same, taking an occasional break to dine at L’Artusi, her favorite restaurant in the city. She’s single and doesn’t have kids–two things many have asked her about since she entered the public eye. “People feel like if there’s a woman in her 40s who isn’t married and doesn’t have children, it was a conscious decision,” she says. “For me, it wasn’t the way my life unfolded.”

Tony Blair is due after lunch. The former British Prime Minister will give an interview about Brexit, Vladimir Putin and Theresa May with CNBC, one of 35 media outlets with positions on the exchange floor. He’ll record a podcast with NYSE staff. And he’ll sit down with Cunningham.

Heads of state as well as other political and business leaders make frequent appearances on Cunningham’s schedule. The Prime Minister of Ireland was here to ring the opening bell just two weeks back. “We’re talking about how we are driving global capital markets,” Cunningham says of these visits. “When there’s a global event that occurs, the world looks to the New York Stock Exchange to see how the markets are going to react.”

When Cunningham’s appointment was announced, congratulations from across the world flooded in. She has been asked to pose in a lot of selfies. The female leadership at J.P. Morgan sent a handwritten note that she cherishes. But the best gift was from her father: the retired stock broker presented his daughter with his prized Neiman painting. It hangs in her living room, a reminder of what she has achieved. Says Cunningham: “It means more to me to be the president of this place than it means to me to be the first woman.” 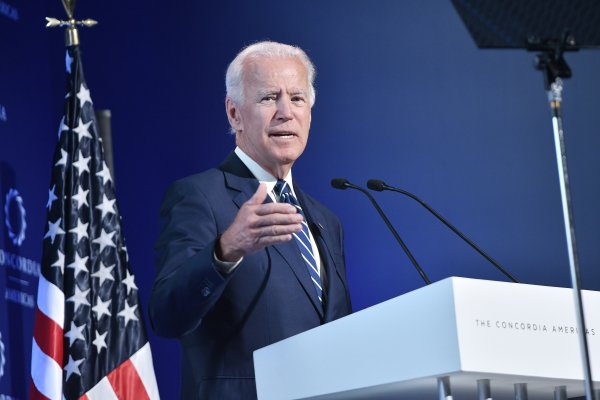