If you search the hashtag #huji on Instagram, more than 300,000 results pop up, all tied to images that resemble developed disposable camera photos. The smartphone app Huji provides a filter that, in their own words, “makes your moments as precious as the feelings of analog film with old memories.” Essentially, the app and the numerous others like it, offer the look and feel of photos shot on a disposable film camera without the wait time of developing.

The app’s name and interface could be tongue-in-cheek homages to Fujifilm and other brands that provide disposable cameras, with elements orchestrated to give you a feel for the limitations of a disposable film camera. This includes the factors outside of your control with a disposable camera: random light leak filters, blurred edges, a touch of graininess, and hypersaturated colors, as well as a tiny point and shoot viewfinder with no preview (something that’s hardly an issue when you consider that photos taken are instantly “developed” and delivered to the user’s photo roll.)

The most on-the-nose reference to disposable film cameras, however, might be the time stamps that appear on the corners. They read with the day and month and the current year or 1998, a time when disposable cameras were ubiquitous and the iPhone was merely a glimmer in Steve Jobs’ eye.

Although it debuted last fall, Huji’s become a viral sensation this summer, with celebrities, and casual Instagram users using its slightly imperfect filters to capture their moments. This, of course, begs the question: what’s the allure of shooting digital photos with an imperfect instant film aesthetic?

Brooklyn-based visual artist and photographer Austin Phelps (an avid Huji user who also shoots photos on 35 mm film) chalks the popularity up to nostalgia and ease.

“I think it’s because everyone’s obsessed with old things now and it’s a timeless quality, like you can’t tell what era it is,” Phelps said. “It brings it back to this old school feel. People just want some cool artsy pictures and anyone can do it now, it’s very tangible and it’s pretty easy…now it’s like anyone can be a film photographer”

Phelps’ affection for Huji is also rooted in memory; he remembers that in 1998, the year that Huji stamps in every photo’s corner, he was “a wild little elementary kid going off and taking disposable cameras on field trips.” He understands why the app might not be for everyone, especially people who have shot on real film.

Photographer Stephen Shore, Program Director at Bard College’s photography program, does not use Huji or any photo filters. But he stressed that for him personally, film photography is less about a nostalgic aesthetic and more about learning and honing technique, something he uses while teaching his students.

“Digital can do anything and so sometimes artists need limitations to learn and to do things physically,” Shore said, explaining that shooting on film is a process.

Shore, who has been shooting on film for 64 years (his early career included working with Andy Warhol at the legendary Factory) but also has a robust Instagram account where he posts images and videos that he shoots with his iPhone, pointed out that certain elements of the Huji app’s aesthetic are not actually indicative of film, but mistakes unique to film. He isn’t sure that stylized filters will have longevity.

“It’s a visual gimmick and it never makes a picture good. The picture is good because of the decisions the photographer makes. And that’s what lasts,” he said. 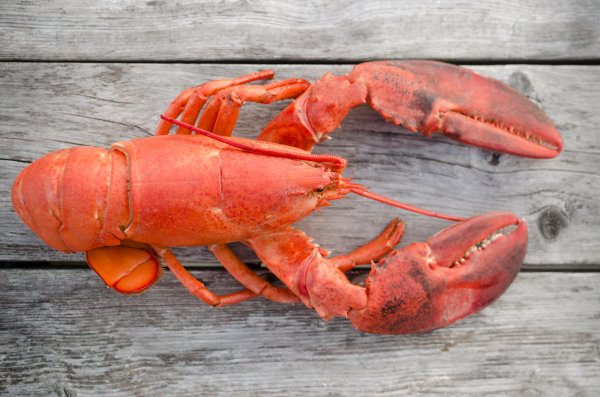 Why Lobster Emoji Is Being Used for Trans Advocacy
Next Up: Editor's Pick