How to Be a Good Friend, According to an Ancient Philosopher

Getty Images
Ideas
By Philip Freeman
Freeman holds the Fletcher Jones Chair of Western Culture at Pepperdine University and is the translator most recently of How to Be a Friend: An Ancient Guide to True Friendship.

The best friend of Marcus Tullius Cicero was named Atticus.

His real name was Titus Pomponius, but he took the name Atticus because of his love for Greece, especially the city of Athens in the region of Attica, where he spent many years of his adult life. He and Cicero became fast friends as young men and remained so throughout their long lives. Cicero was devoted to Roman politics and spent most of his years in that turbulent city during the first century BC, a time of tremendous upheaval and civil war. Atticus, on the other hand, watched Roman politics from the safe distance of Athens while remaining in close contact with the leading men of both sides back in Rome. Even though they were often apart, Cicero and Atticus exchanged letters over the years that reveal a friendship of rare devotion and warm affection.

In the year 44 BC, Cicero was in his sixties — an old man by Roman standards — living on his farm outside of Rome removed from political power by the dictatorship of Julius Caesar. He turned to writing to ease the pain of exile and the recent loss of his beloved daughter. In a period of months, he produced some of the most readable and influential essays ever written on subjects ranging from the nature of the gods and the proper role of government to the joys of growing older and the secret to finding happiness in life. Among these works was a short essay on friendship dedicated to Atticus.

How to Be a Friend — or in Latin De Amicitia — is arguably the best book ever written on the subject. The heartfelt advice it gives is honest and moving in a way few works of ancient times are. Some Romans had viewed friendship in mostly practical terms as a relationship between people for mutual advantage. Cicero doesn’t deny that such friendships are important, but he reaches beyond the utilitarian to praise a deeper kind of friendship in which two people find in each other another self who doesn’t seek profit or advantage from the other person.

Greek philosophers such as Plato and Aristotle had written about friendship hundreds of years earlier. Indeed Cicero was deeply influenced by their writings. But Cicero goes beyond his predecessors and creates in this short work a compelling guide to finding, keeping and appreciating those people in our lives we value not for what they can give us, but because we find in them a kindred soul.

How to Be a Friend is filled with timeless advice on friendship. Among the best is:

Cicero’s little book on friendship had a tremendous influence on writers in the ages following him, from St. Augustine to the Italian poet Dante and beyond, and was one of the earliest books translated into and printed in English. It is no less valuable today. In a modern age of technology and a relentless focus on the self that threatens the very idea of deep and lasting friendships, Cicero has more to say to us than ever.

Adapted from How to Be a Friend: An Ancient Guide to True Friendship by Marcus Tullius Cicero, translated and with an introduction by Philip Freeman. Copyright © 2018 by Philip Freeman. Published and reprinted by permission of Princeton University Press. 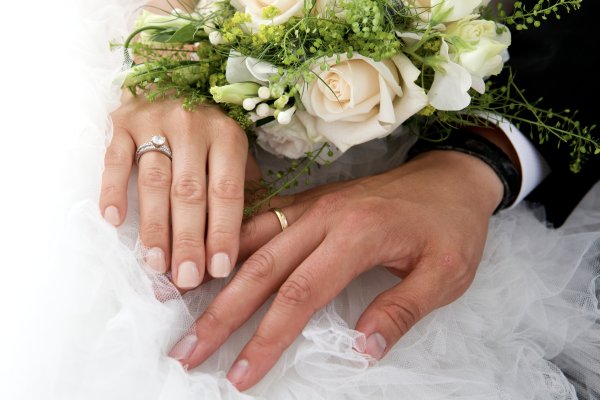 The Latest Thing Millennials Are Being Blamed for Killing? Divorce
Next Up: Editor's Pick