Maisie Williams has officially wrapped filming on the eighth and final season of Game of Thrones. But while her time as Arya Stark may be over, she will always have the perfect souvenir to remember playing the young faceless assassin.

During a Wednesday appearance on BBC Radio 1’s The Radio1 Breakfast Show, Williams revealed that the prop she decided to keep from the Thrones set was Arya’s signature brown jacket. “I can imagine it being something that I’m like, ‘Oh, I was on this show once upon a time and this was the jacket I wore,'” she told host Nick Grimshaw. “And my grandkids being like, ‘Please stop.'”

Brown armor has been significant to the Stark family throughout the show’s run. Both Ned and Robb wore it during their respective times as head of the House and later by Jon Snow after he left the Night’s Watch to take back Winterfell from the Boltons.

Arya began wearing the Northern attire when she returned to Westeros after training with the Faceless Men, a hint that she would reclaim her Stark identity. 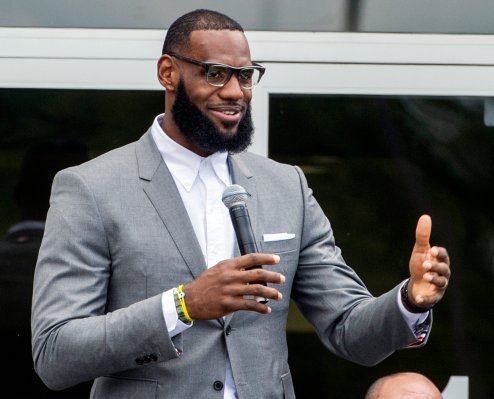 LeBron James Producing Showtime Series 'Shut Up and Dribble'
Next Up: Editor's Pick