Life appeared to imitate art at the Los Angeles premiere of Crazy Rich Asians where the red carpet at the TCL Chinese Theater in Hollywood was a veritable showcase of opulence and high fashion.

The cast, including stars Constance Wu, Henry Golding, Awkwafina, and Michelle Yeoh, turned up the glamour for big night in sartorial splendor on Tuesday night that would make their on-screen counterparts proud.

Wu, who plays Rachel Chu, the film’s heroine, arrived to the premiere clad in a sparkling, embellished silver Ralph & Russo couture gown with an off-the-shoulder neckline and fringed sleeves. She paired the look with hand-crafted custom Lorraine Schwartz jewelry.

Not to be outdone was her co-star and on-screen love interest, Henry Golding, who sported a pale blue Tom Ford suit jacket, with a white shirt, black pants, and a black bow tie.

Meanwhile, Awkwafina took an Old Hollywood approach to red carpet fashion by wearing a dusty pink Reem Acra ballgown. In an interview with Entertainment Tonight, the comedian relayed how far she’s come: “Check it out, I used to shop at Claire’s at the Queens Center Mall, bro, but then I’ve got a Reem Acra dress and Giuseppe shoes.” 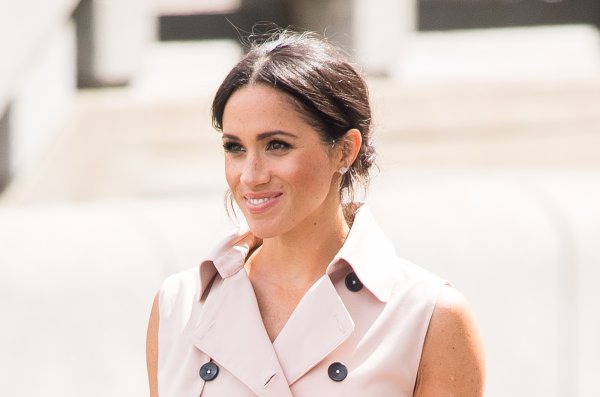 Meghan Markle Put a Fresh Spin on a British Classic With This Sleeveless Trench Coat Dress
Next Up: Editor's Pick