In this picture taken on March 22, 2018, pro-independence activist Andy Chan poses during an interview with AFP in Hong Kong.
Anthony Wallace—AFP/Getty Images
By Casey Quackenbush

In the run up to a panel discussion by a pro-independence activist in Hong Kong, pressure is mounting on the city’s Foreign Correspondents Club (FCC) to disinvite the speaker, who calls for the separation of the semi-autonomous financial hub from the communist mainland.

In light of the government’s attempt to ban the Hong Kong National Party, the FCC invited the party’s founder, 27-year-old Andy Chan Ho-tin to speak at the club, an internationally recognized hub for professional journalists and a bastion of free speech in Asia. But that invitation has been met with escalating criticism by Beijing-loyalists to whom talk of independence is unacceptable.

“By inviting Andy Chan, the FCC has crossed the line,” Hong Kong’s former chief executive Leung Chun-ying said in a Tuesday Facebook post. “No one can say that the FCC platform is open to all. It is not and it shouldn’t be. The world is too complex for this simple-minded approach.” Leung appeared to threaten the club by calling into question the terms of the FCC’s lease of a historic building in downtown Hong Kong.

The FCC “do[es] not rule out inviting secessionists from Taiwan, Tibet and Xinjiang as their guest speakers. I am not sure how many private landlords in Hong Kong would welcome a tenant who hosts such speakers,” Leung said. “Why should the Hong Kong SAR Government be any different?”

Read More: China Is Trying to Block a Pro-Independence Activist From Speaking in Hong Kong

In a statement to local paper the South China Morning Post on Tuesday, the International Federation of Journalists (IFJ) said Leung’s comments were an attempt to “muzzle and publicly threaten an organization that strongly defends the media’s role to hear from all areas of society and politics.”

Last week, news website Hong Kong Free Press reported that a representative of China’s Ministry of Foreign Affairs urged the club “to reconsider its decision” to host Chan. The Hong Kong government is currently considering a ban of Chan’s HKNP party because its calls for independence could pose an “imminent threat” to national security.

“The FCC believes its members and the public at large have the right –— and in the case of journalists, the professional responsibility — to hear the views of different sides in any debate,” the FCC Board of Governors said in a statement. “Hong Kong rightly prides itself on its reputation as a place where the rule of law applies and where there is freedom of speech. Likewise, the FCC fully respects the law, and champions free speech and freedom of the press across Asia.”

Speaking to TIME Friday, Chan said trying to block the event amounted to an attempt by China to “colonize Hong Kong.”

“[The Chinese government is] restraining journalists from reporting news to the international society,” Chan said, “just like how they do it in China.”

Since a 1997 handover from British rule to Chinese sovereignty, the former colony has maintained a high degree of autonomy and still enjoys a liberal economy and more social and political freedoms than communist China.

But many say Beijing is steadily encroaching; authorities have shown little sympathy for activists and politicians who advocate for democracy in Hong Kong, and no tolerance for those seeking independent nationhood for the territory. 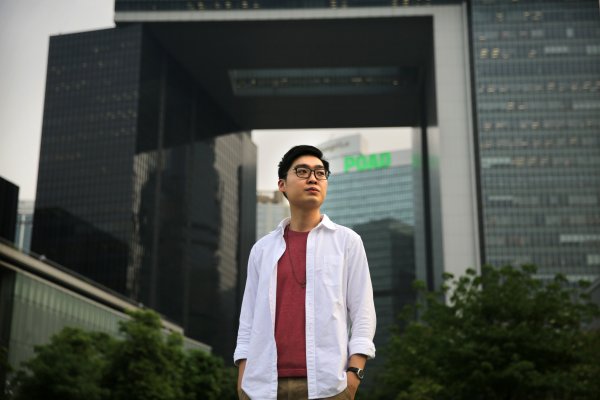 China Tries to Block Activist From Speaking in Hong Kong
Next Up: Editor's Pick