Karl Wilhelm Krause served as Adolf Hitler’s valet — his personal orderly — for five years, starting in 1934, and was thus a close witness to a key period in the Nazi dictator’s rise to power — and the personal preferences and foibles of the man behind the Holocaust. His account of that time has been published in German, but the new book Living With Hitler brings his remembrances and two other similar narratives together in English. As historian Roger Moorhouse notes in the introduction to the new edition, Krause, who died in 2001, “was perhaps as close to his master as anyone would get: waking him in the morning, serving him breakfast, managing his wardrobe and travelling with him wherever he went.”

The following is an excerpt from Krause’s eyewitness account of that time.

Here is a question many people asked themselves: why didn’t Hitler get married? What I can state here is that Hitler certainly did not hate women. Proof of this are the many actresses who were invited during the early years to afternoon and evening performances. Often, during our travels, he would suddenly be totally enchanted, exclaiming: “My God, isn’t that a beautiful girl (a beautiful woman).” He then turned around, making me, who was behind him, move to the side so that he had an unrestricted view behind him and could follow the lady with his gaze. If, in any given place, an exceptionally beautiful girl would catch his eye, Brückner more often than not had to find out her address. After that, the lady was invited for coffee, either to Munich, Berlin or on the Obersalzberg, just so that Hitler could have a chat with her. In the earlier years, he also often joined members of the KDDK (Kameradschaft der deutschen Künstler) when they gathered after performances in the theatre and opera houses.

Rumours about Leni Riefenstahl and Frau Winifred Wagner have no substance. He certainly respected Leni Riefenstahl because she was an ambitious woman who, based on remarkable commitment, had put together the films on the Party convention days and the Olympic Games. “A woman has more sensitivity for this whole thing than a man,” said Hitler once, referring to Riefenstahl. And he revered Frau Wagner as the bearer of the Wagnerian legacy, but marriage was never a likely possibility. They certainly were close, however. I was once present during a private conversation between Frau Wagner and Hitler where he mentioned that he was thinking of dissolving the Party. His reason was that for the sake of the unity of the German people no difference should be made between Party and non-Party members, and they should all be on equal footing. Frau Wagner was very surprised to hear this and asked him to consider what his old Party comrades would say to such a decision. This is just an example of their frank relationship.

He was overjoyed when the BDM (Bund Deutscher Mädel) girls came out to openly celebrate him during his trips, and he went out of his way to treat them as being very special. They received gifts of money from him of two to ten Reichsmark per head with the words: “Why don’t you extend your stay for a little bit,” or “Coffee and cake are on me,” and so forth. All that was simply a reflection of his appreciation of beauty. If an especially attractive actress performed in an opera or play on stage (and provided she was also talented), he asked to be introduced to her at the end of the event. Among the film actresses he especially liked were Olga Tschechova and Brigitte Horney.

What Hitler didn’t care for was women who got involved in politics. While he conceded that women had achieved big things, he stood firm in his opinion that politics was exclusively to be left to men. This is how he explained his status of remaining unmarried: his principle was that every married partner should lead a decent family life. This was, however, not something he himself could ever offer, considering the colossal amount of work he had to cope with. He would only come home late at nights, and a wife and family would have nothing to gain from him. At most — if he were married with children in real life — they could perhaps have a chat about him. That was his reason to remain unmarried.

Sometimes he made reference to his wartime activities and said that it was a good thing he hadn’t been married at the time, as “the wave of enthusiasm [he] received mostly came from women.” He didn’t believe that, had he been married, he would have garnered so much support. “Just based on instinct alone, females are more inclined to be attracted to (single) men,” he said.

I don’t want to end this topic without making reference to the alleged diary by Eva Braun. However, let me preempt this by saying that, for me, the entire “diary” is a total lie. While there are some details that correspond to true facts, even those are embellished by wild fantasy.

I knew Eva Braun well. In fact, I knew her from the first day I went into service for Hitler. I don’t want to be judgmental in any way, as whatever I say would no doubt be biased. Eva Braun and I didn’t get on much better than, as the saying goes, cats and dogs. Once, during the winter of 1935/6, we really gave each other a what for and ever since we had nothing whatsoever to do with each other, except for both of us saying hello and goodbye if our paths crossed.

At the beginning of the war, Eva Braun came to stay in Berlin only twice or three times, and then for no longer than one or two days on each occasion. In the years 1934 –7 she and Hitler were never in Berlin together at the same time. Their relationship became closer only after the war had started. Her parents never came to Berlin, her sisters visited perhaps once or twice. She lived at the Berghof for quite some time and was good friends with Martin Bormann, the actual master of the house, who then hired her as the housekeeper so that she was officially registered at the office for employment.

Eva Braun never came to the headquarters, nor was she called upon for official receptions. At private functions, she came as Hitler’s wife, was greeted by him with a kiss of the hand, as with other women as well, and called Evchen, a diminutive of Eva. She herself always addressed Hitler by the familiar Du.

There is no doubt that Hitler considered her “his bride.” But he wasn’t the jealous type. After the conversion of the Berghof had been completed, the two bedrooms were linked to each other by a connecting door. Of course, Eva Braun’s living expenses were met by Hitler personally. May I add that it fell to Brückner to keep the books. Hitler himself never carried a wallet, but placed his money – up to some 200 Reichsmark – loose in his pocket. Private journeys were always paid for out of Hitler’s private funds.

Once, when the entire Hotel Imperial in Vienna was booked out by Party members, the manager of the hotel submitted a bill of 29,000 Reichsmark. This price seemed to be too high in Brückner’s eyes, but Hitler just told him: “Oh, go ahead and pay the bill; maybe the man has very large debts.” When Hitler expressed the wish to own the house in the Prinzregentenstrasse in Munich, he was short of funds. The subsequent release of his book Mein Kampf to countries outside Germany then enabled him to purchase the house.

…I have no reason to “whitewash” Hitler. I also believe that everything that happened under the rule of the National Socialists has burdened our people enough not to have to be saddled with untrue stories. But whatever the truth is, it has to remain just that. Towards our future generations and history we are obliged to convey an honest portrayal of who Hitler was and what happened during his time. 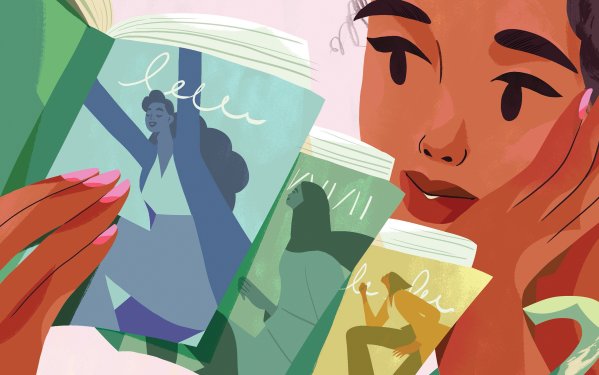 3 Essential Books for Women Who’d Rather Go It Alone
Next Up: Editor's Pick