Tennis legend Serena Williams shared that she experienced “postpartum emotions” during her past week as a mother, noting that she was in a “funk.”

Williams, who is widely regarded as one of the greatest athletes alive, has been vocal about the victories and challenges of motherhood since giving birth.

She wrote on Instagram that she struggled with “postpartum emotions” after giving birth to daughter Alexis Olympia Ohanian less than a year ago.

“Mostly, I felt like I was not a good mom,” Williams noted before sharing that she had read that “postpartum emotions” can last up to three years if not addressed.

Williams, who survived harrowing complications and life-threatening health issues after childbirth, reached the finals of Wimbledon ten weeks after giving birth. She said that it hasn’t always been simple to balance life as a new mother and the demands of her career.

“It’s totally normal to feel like I’m not doing enough for my baby,” she wrote. “We have all been there. I work a lot, I train, and I’m trying to be the best athlete I can be. However, that means although I have been with her every day of her life, I’m not around as much as I would like to be.”

Williams also offered encouragement to other mothers, noting that many of them faced similar challenges.

“Most of you moms deal with the same thing. Whether stay-at-home or working, finding that balance with kids is a true art. You are the true heroes.”

Williams is the first tennis player to win 23 Grand Slam singles titles in the open era. She suffered perhaps the most lopsided loss of her career in a tournament Mubadala Silicon Valley Classic against Johanna Konta. Her post comes a day after Beyoncé shared that she experienced the condition of toxemia, also known as preeclampsia, while she was pregnant with her twins. 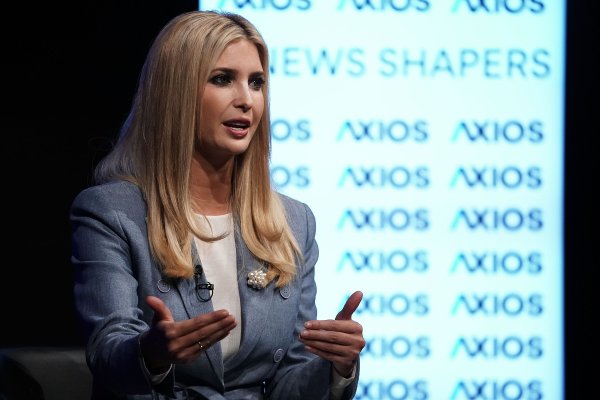 Celebrities Are Trying to Get Ivanka Trump's Attention by Flooding Her Instagram Again
Next Up: Editor's Pick