If you’ve been wondering how to get the “hottest, most presidential highlights,” then Stephen Colbert has the perfect makeup tutorial for you.

In a clip dubbed “Stephen on the Floor” that aired during Monday’s episode of The Late Show, the host shared his take on how to get President Donald Trump’s look. “It’s glimmery, it’s shimmery, and it’s a fun and easy look you can take from golf to rally,” he began the YouTube channel parody.

Colbert then proceeded to smear bronzer and highlighter all over his face while wearing a pair of goggles to keep the area around his eyes as white and puffy as possible. He finished his full face of makeup by using a slice of bologna to blend everything together.

“I like to use Oscar Mayer chicken and pork,” he explained. “The rendered fat really seals in your highlights so now your look holds up to a sweaty, panicked denial of guilt.” 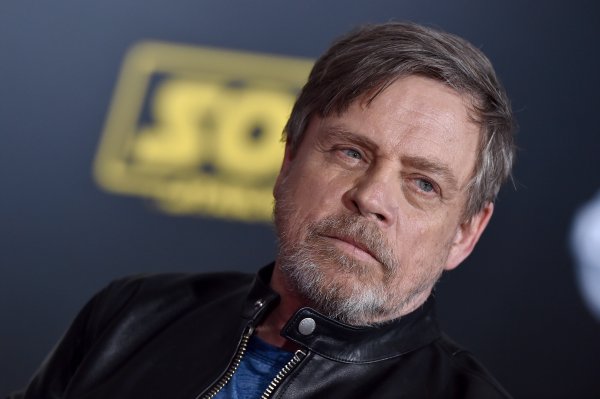 Mark Hamill Is Determined to Sell His Luke Skywalker Pants
Next Up: Editor's Pick