In an effort to shift the 36-year-old senior White House adviser’s attention back to the issue of family separation at the U.S.-Mexico border, stars who Trump follows – including Amy Schumer, Alexa Chung and Sophie Amoruso – have shared messages addressed to her on social media.

“Dear Ivanka,” the identical posts begin in colorful text. “You follow me on social media. You said family separation was a ‘low point’ for you. The low point is for the separated families. You spoke in past tense. This crisis is ongoing. As of now, 57 children have not been reunited. A child has died after separation. Approximately 400 parents have been deported without their children. There have been multiple claims of sexual and physical abuse in detention. There have been psychotropic drugs administered to children in detention without parental consent. These abuses have occurred on your father’s watch and under the leaderships of Secretary Nielsen. End these racist, inhuman and unconscionable abuses now! We demand you call for the resignation of Secretary Nielsen.”

President Donald Trump’s daughter has spoken out against her father’s immigration policies in the past, most recently at a Washington event hosted by Axios last week.

The effort is not without precedent. The same celebrities had took up a similar united front about DACA via Instagram posts during Thanksgiving in November 2017.

See some of the posts below. 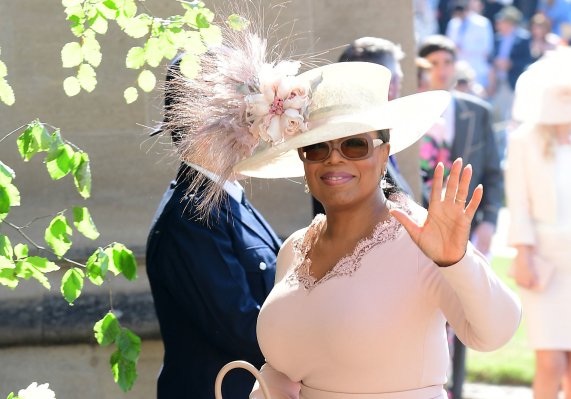 Oprah's Carefree Dancing to "Havana" Is a Whole Summer Mood
Next Up: Editor's Pick