The West Hollywood City Council has passed a resolution to remove President Donald Trump’s Hollywood Walk of Fame star, according to the city’s mayor.

Trump’s star has taken beating after beating since the former reality TV personality got into politics. On July 25, a man wielding a pickaxe turned the star into rubble. He later turned himself in to police.

A month before the 2016 election, it was similarly destroyed with a pickaxe, as shown through video obtained by Deadline at the time. That incident, according to the vandal, was done in response to the leaked Access Hollywood tape in which Trump made vulgar comments about women. The star had then been repaired.

That incident followed multiple others in which individuals built a wall around the star and spray painted a swastika on it. Last year, the star was vandalized with stickers, including ones that read “#IResist.”

In a statement issued on behalf of the Hollywood Chamber of Commerce, president and CEO Leron Gubler previously confirmed to EW that his organization is “working with the police in regards to this felony and intends to prosecute to the full extent of the law” — a course of action, he says, that “is something the Chamber would do for any Walk of Fame star that has been vandalized.”

After the most recent incident, the Hollywood Historic Trust had planned to restore Trump’s star “immediately,” but said it will require “several days of seasoning before it is polished.”

Gubler also reiterated a previous statement issued the last time Trump’s star was destroyed: “The Hollywood Walk of Fame is an institution celebrating the positive contributions of the inductees. When people are unhappy with one of our honorees, we would hope that they would project their anger in more positive ways than to vandalize a California State landmark. Our democracy is based on respect for the law. People can make a difference by voting and not destroying public property.”

Trump received the star in 2007 for his hosting role on NBC’s The Apprentice. 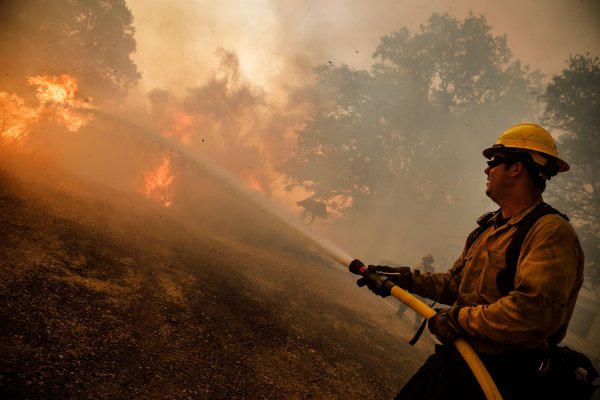