Health workers will begin administering vaccinations Wednesday to combat a new Ebola outbreak that has already claimed dozens of lives in the Democratic Republic of the Congo, the country’s health ministry said.

The experimental new vaccine, developed by pharmaceutical company Merck, was deemed successful in its first wide-scale test against a separate recent Ebola outbreak in the country’s northwest, Reuters reports.

That outbreak, which began in May, claimed 33 lives according to the World Health Organization (WHO), before being declared over last month.

The newest outbreak, confirmed by the WHO on Sunday, is located in the Congo’s northeastern North Kivu Province and neighboring Ituri Province. As of Saturday, the WHO had confirmed 13 of 43 suspected cases, including 33 deaths. Three healthcare workers were also infected, one of them among the dead.

The affected region poses significant challenges for healthcare workers. The northeastern provinces share borders with Uganda and Rwanda and are home to more than one million displaced people, according to the WHO, while a precarious security situation sees sporadic clashes between government forces and armed militia groups.

“This new cluster is occurring in an environment which is very different from where we were operating in the northwest,” the WHO’s Peter Salama said in a news release. “This is an active conflict zone. The major barrier will be safely accessing the affected population.”

Read more: Ebola Outbreak in the DRC Is Over. But a New Case Raises Concerns

The country has stockpiled more than 3,000 vaccine doses in Kinshasa, the capital, according to Reuters. But first, medical authorities had to establish a “cold chain” that would keep the new vaccine at or below freezing temperatures in remote, tropical areas. The health ministry said the necessary refrigeration measures were established on Monday, and 12 vaccination teams would be deployed to affected areas. 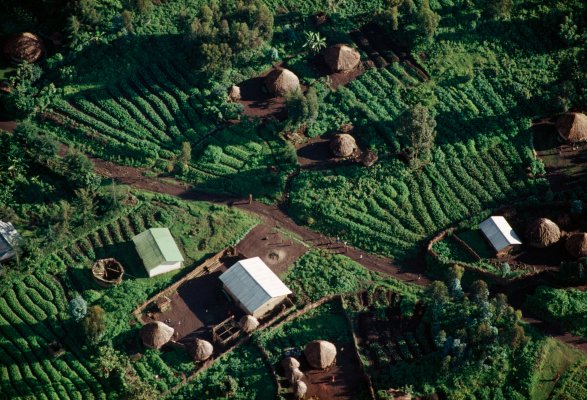 Congolese Women Should Be Able to Own the Land They Work on
Next Up: Editor's Pick