Travelers often expect a whole host of accommodations and amenities during their stay at a hotel. But it’s as much on the guest as it is hotel employees to foster a pleasant experience.

In most cases, “if you come at hotel people with a really positive attitude, you’re going to get an overwhelmingly positive response,” says Adam Sperling, general manager of Hotel Commonwealth in Boston, Mass. However, experts say you could be making etiquette mistakes at your hotel without even realizing it. And being rude to the staff when there is a problem only makes the situation worse.

Here’s how to create a pleasant hotel experience for you and for those around you.

How should you interact with hotel employees?

The anxiety of travel can sometimes carry over to the check-in desk in the hotel lobby. But the way you present yourself when you walk into your hotel can set the tone for your entire stay.

“I’ve had people come to the front desk and scream at me, I’ve had people throw things at me, throw keys at me. That’s the extreme of just being rude,” says Suzanne Bagnera, a clinical assistant professor at Boston University’s School of Hospitality Administration.

While some guests think that complaining leads to more favors or upgrades, Bagnera says being friendly and respectful is actually the best way to score some perks.

If availability permits, Bagnera says she’s happy to upgrade guests when they check in, “if you’re nice and pleasant to me or have expressed that you’ve had some transportation-related travel drama trying to get to me.”

Sperling agrees that a positive attitude goes a long way. “The nicer guests are, the more they get,” he says.

How much should you tip the housekeeping staff?

Some industry experts suggest the amount you tip depends on a number of factors, while others say there’s an established standard no matter where you stay. The American Hotel and Lodging Association recommends $1-5 per night.

Bagnera says there are a number of factors to consider when deciding how much money to leave, including the type of hotel you’re staying at, the length of your stay and how much of a mess you’re leaving.

The problem is, not everybody knows that tipping housekeepers is expected. “Unlike a server in a restaurant where everybody knows that that person is working for tips, that’s not really the case in hotels,” Sperling says. He suggests hotel guests take a step back and consider the importance of leaving a tip for housekeepers, because cleaning hotel rooms is “a really hard, physically demanding, thankless job.”

But once you’ve determined how much you’re going to leave, where should you leave it?

The American Hotel and Lodging Association recommends leaving the tip in an envelope or next to a note to signify it’s for the housekeeping staff.

Alternatively, some experts suggest leaving gratuity on the bed or a pillow. “The pillow is probably the number one place that you will see it,” says Sperling. “That is a clear signal that it’s not lost and found.”

Which items are acceptable for you to take from your hotel room?

For the most part, hotels are fine with you taking the shampoo and lotion bottles—or even the pen and notepad from the nightstand, Sperling says.

But larger items like shoeshine bags, laundry bags, hangers and washcloths should stay in the room, even if the hotel won’t necessarily charge you for taking them, he says. Bagnera adds that a lot of people take batteries, when they really shouldn’t. Still, hotels are not likely to charge for them.

“That’s why one of the things housekeepers are asked to do is to turn the television on with the remote control as a part of their checklist to make sure the battery’s in it,” she explains.

So what do hotels actually charge for?

“Anything that’s part of the furniture or fixtures,” says Sperling.

Bagnera notes that since blankets and throw pillows are among the more expensive items in your room, hotels will likely charge you for removing them as well.

Taking bathrobes is also a major faux pas, which will presumably result in you getting charged, as they can often be purchased from the hotel. Sperling says it’s rare that a hotel guest will take one without paying for it in advance, possibly due to a tag often attached to the bathrobe that signifies how you can purchase it.

What’s the best way to leave your hotel room when you check out?

The messier you leave the room, the harder housekeepers have to work during that time period to get the same amount of work done, according to Bagnera.

“It would be nice if people didn’t go out of their way to make a mess,” Sperling says. While he understands that guests are potentially paying hundreds of dollars a night, expecting that housekeeping is included, “cleaning up and being someone who is purposely making a big mess are two different things,” he notes.

And Bagnera has certainly experienced her share of careless guests. “I’ve had people basically rip toilets off the walls, I’ve had people clog toilets and overflow [them] or not drain the tub, or fall asleep in the tub and overflow the tub. That creates damage,” she says.

So what are some simple things you can do to make cleaning easier for the employees?

Bagnera suggests putting the trash in the trash can as opposed to leaving it dispersed around the room, and piling all the used towels together in one place.

How should you handle an unpleasant stay?

Heightened stress from travel can contribute to outbursts from guests—and hotel employees are the ones who have to deal with the backlash from incidents that are oftentimes beyond their control.

At hotels, when something goes wrong, employees hope guests will address the problem directly with them, rather than broadcast their grievances on social media after the fact.

“Don’t just go to social media or reviews or TripAdvisor and share it there for the first time,” Bagnera says. In many instances, she says problems that customers have complained about online could have been easily solved if they were brought to her attention in real time.

On the other hand, because there is a heightened level of attention around travel experiences these days, people are generally more inclined to behave better, says Sperling.

Either way, it all comes down to basic respect for one another.

“You get much less from complaining than you do from being complimentary or just sharing your excitement about why you’re there,” Sperling says. 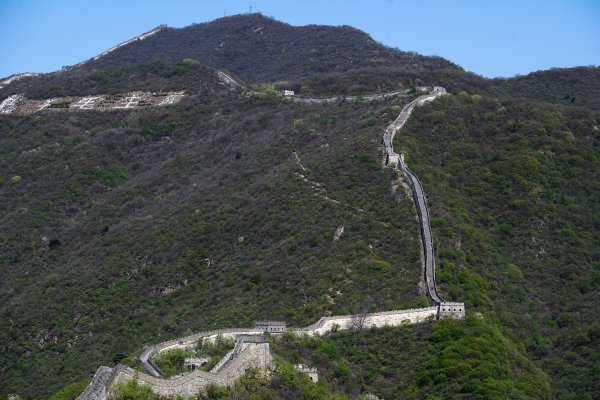 That Sleepover on the Great Wall of China Is Not Going to Be a Thing After All
Next Up: Editor's Pick