Harry Potter fans will want to buy some new dress robes, because there’s a party they will definitely want to attend. To mark the 20th anniversary of the movie adaptation of Harry Potter and the Sorcerer’s Stone, which introduced moviegoers to an ordinary little boy with an extraordinary scar whose life dramatically changed when an invitation came through his mailbox, Cinemark is putting on a massive—and, yes, magical—movie marathon.

Grab your favorite Hufflepuff or Ravenclaw buddies, because, according to PopSugar, muggles across America will be able to watch all eight Harry Potter films, plus Fantastic Beats and Where to Find Them at Cinemark theaters later this month. 141 theaters across the United States will be showing the films during Cinemark’s Wizarding World XD Week, which will run from Aug. 31 through Sept. 6.

To make sure the fun is affordable for the whole family, tickets will cost just $5 per film and a $25 festival pass will give fans access to all nine movies, plus a few collectibles like a festival keychain and badge. While there may be no O.W.L.s in moviegoing, this cram session will definitely be a hoot. To buy tickets or passes and find out if theaters near you will be heading to Hogwarts, Diagon Alley, the Quidditch World Cup, and the rest of the world created by J.K. Rowling, visit cinemark.com/wizardingworld.

Now, does anyone know the spell for getting popcorn, butter beer, and Junior Mints without leaving your seat? 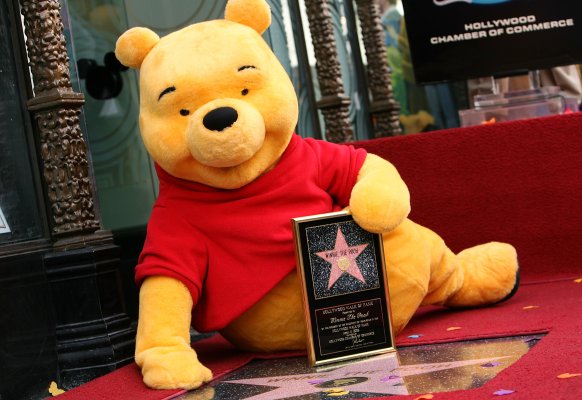 'Christopher Robin' Is Blocked From Chinese Theaters
Next Up: Editor's Pick