(Bloomberg) — U.S. President Donald Trump repeated that didn’t know about his son’s meeting with Russians at Trump Tower during the 2016 presidential campaign, while asserting that such meetings are a routine part of politics — “totally legal and done all the time.”

Trump has said similar things about the June 2016 meeting.

On July 27, Trump said on Twitter that “I did NOT know of the meeting with my son, Don jr,” in response to reports that his former lawyer, Michael Cohen, was ready to tell authorities that Trump had known. “Sounds to me like someone is trying to make up stories in order to get himself out of an unrelated jam,” Trump said of Cohen.

CNN reported that Cohen was prepared to tell federal investigators that the president knew ahead of time about the meeting, at which a Russian lawyer with links to the Kremlin was expected to deliver damaging information about Democratic presidential candidate Hillary Clinton.

Such testimony by Cohen, a longtime fixer for Trump, would contradict the testimony and public denials of the president, his son, and other campaign officials who’ve repeatedly said the president wasn’t aware of the meeting until more than a year later.

The meeting was attended by the president’s son as well as Paul Manafort, then chairman of Trump’s presidential campaign; Trump’s son-in-law, Jared Kushner; and several Russians, including the lawyer, Natalia Veselnitskaya, and their representatives. 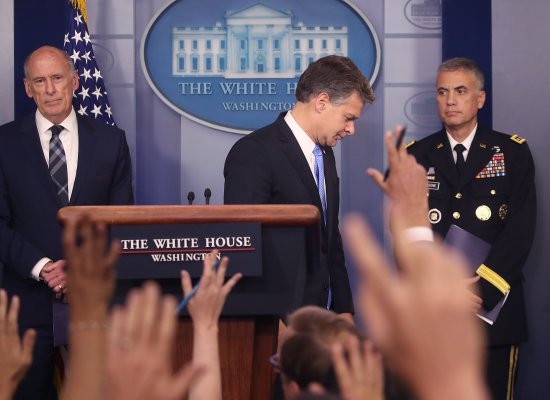