An emotional Andy Murray broke down in tears after pulling out a hard-fought victory over Marius Copil at the Citi Open early Friday morning.

The former world No. 1—currently ranked 832nd—wept into a towel for several minutes after defeating Copil 6-7, 6-3, 7-6 in a round of 16 match that lasted for more than three hours, and didn’t finish until 3 a.m. “It was just the emotions coming out at the end of an extremely long day and a long match,” Murray told reporters.

However, some speculated that Murray’s tears had more to do with his ongoing comeback following a persistent hip injury that kept him sidelined for nearly a year.

The tennis great is set to face Australia’s Alex de Minaur in the quarter-finals later on Friday, but said there’s a chance he won’t play. “Finishing matches at 3 in the morning is not good,” he said. “It’s not good for the players. It’s not good for anyone, I don’t think, involved in the event. It’s not good for fans, TV, nobody.” 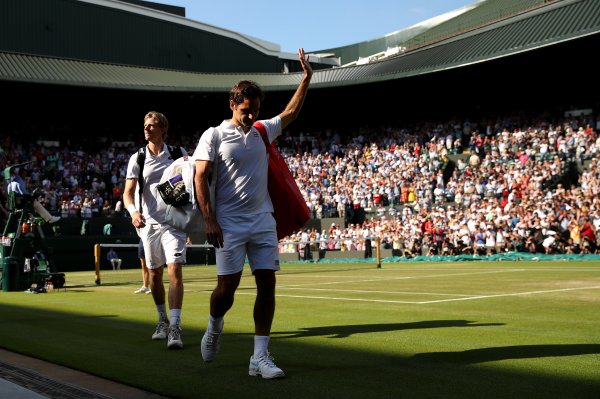 Kevin Anderson Prevails Over Roger Federer at Wimbledon
Next Up: Editor's Pick