Tips Flooding in for Mollie Tibbetts Case After Reward Raised to $172,000, Police Say

Police in Iowa said tips have been flooding in after the reward for information about missing college student Mollie Tibbetts was raised to $172,000.

During a briefing Friday, authorities would not confirm any new details about the investigation into Tibbetts’ disappearance after she went for a jog near Brooklyn, Iowa on July 18.

Kevin Winker, the Director of Investigative Operations for the Iowa Department of Public Safety, did not offer any new information on suspects or leads. He also would not say whether foul play was involved in Tibbetts’ disappearance. He did confirm that the investigation is ongoing and that detectives are following around 200 leads that have come from tips, encouraging people from Iowa and out of state to call in with any relevant information.

Winker said the investigation has not slowed down, with 30 to 40 investigators working on the case daily.

Tibbetts’ family and boyfriend joined detectives. Her father, Rob Tibbetts, spoke briefly and said “the days seem like weeks” following the disappearance of his 20-year-old daughter, who is a student at the University of Iowa.

On Thursday, Tibbetts’ parents went in front of TV cameras to plead for the return of their daughter and announce that donations had increased the reward for information leading to her return.

“It is our greatest hope that if someone has her, that they would just release her and claim that money we have raised for her freedom,” Tibbett’s mother Laura Calderwood said. 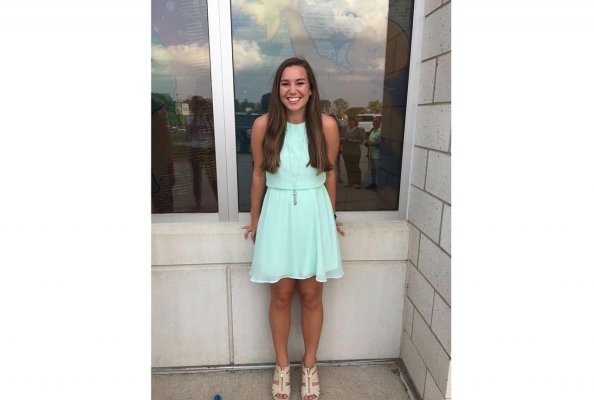 Boyfriend of Missing Iowa Student Mollie Tibbetts Is Holding Out Hope She Is OK
Next Up: Editor's Pick