This photo provided by the Department of Justice was introduced into evidence by the government, during the second day of the fraud trial of former Trump campaign chairman Paul Manafort in federal court in Alexandria, Va., shows Manafort's $15,000 jacket made of ostrich on Aug. 1, 2018.
Uncredited/AP/REX/Shutterstock
By Ashley Hoffman

Manafort is on trial for bank and tax fraud and federal prosecutors outlined his purchases on Wednesday to build a case about Manafort’s income. That’s how people learned he once spent more than $400,000 in a single year on his own personal wardrobe, paying handsomely for it with it through international wire transfers from foreign bank accounts, according to witnesses and prosecutors.

A former employee of New York City’s Alan Couture boutique testified that he bought “an unusual number of suits.”

Some of the items he bought at a Manhattan tailor were tailor-made for internet humor.

In his defense, Manafort’s legal team has argued that he left the details of his spending to others, saying that his involvement with longtime associate Rick Gates led to accounting errors.

Prosecutors showed so many photographs of his pricy threads that Judge T. S. Ellis III of the U.S. District Court in Alexandria, Va. eventually scolded prosecutors. “Let’s move on, enough is enough,” Ellis said during the trial. “We don’t convict people because they have a lot of money and throw it around.”

But the jurors on the internet do not adhere to such principles. Manafort’s critics continue to make a meal out of his taste in finer things.

See a sampling of the internet responses below. 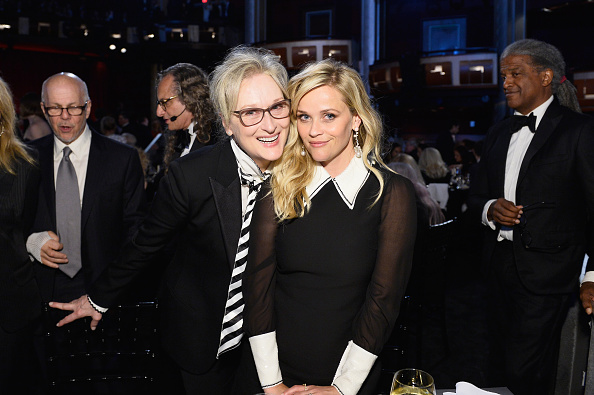 Treat Yourself to a Miffed Reese Witherspoon Throwing Ice Cream at Meryl Streep
Next Up: Editor's Pick