U.S. hiring cooled in July after more-robust gains than previously reported, while the unemployment rate slipped back below 4 percent and wage increases stayed contained, reinforcing a picture of steady labor-market growth in line with the Federal Reserve’s outlook for gradual interest-rate hikes.

Non-farm payrolls advanced 157,000 after an upwardly revised 248,000 increase, Labor Department figures showed Friday. The median estimate of analysts surveyed by Bloomberg was for a gain of 193,000 jobs. Average hourly earnings increased 2.7 percent from a year earlier, unchanged from June and matching projections, while the jobless rate ticked down to 3.9 percent as forecast.

Healthy consumer spending and business investment, supported by tax cuts and a bump in federal spending this year, are resulting in job gains that continue to be more than sufficient to accommodate population growth in the 10th year of the economic expansion. While the data mark a solid start to the quarter and should keep the Fed on track for an interest-rate hike in September, a widening trade war threatens to curb growth in the labor market.

Average hourly earnings rose 0.3 percent from the previous month, also matching the median estimate of economists, though that was up from 0.1 percent in June. Wages have remained in a holding pattern below the highs of the last expansion, despite persistent complaints from employers that they’re struggling to find skilled workers and job openings near a record high.

A separate measure, average hourly earnings for production and non-supervisory workers, also increased 2.7 percent from a year earlier, unchanged from the prior month.

Revisions added a total of 59,000 jobs to payrolls in the previous two months, according to the figures, resulting in a three-month average gain of 224,000. Monthly payroll gains of around 100,000 or even as low as 80,000 are seen as sufficient to push down the unemployment rate over time.

The gain in payrolls was concentrated at private employers, which added 170,000 jobs, while the public sector cut 13,000 positions.

Goods-producing jobs, which have been adding workers at a robust clip in recent quarters, posted further gains: The manufacturing sector increased payrolls by 37,000, the most since December and exceeding projections for 25,000. The data follow a factory survey earlier this week showing manufacturing growth cooled in July and executives were concerned about the impact of the trade war.

Construction boosted jobs by 19,000 following a 13,000 gain. In the service sector, hiring of 118,000 was the lowest since December. Leisure and hospitality was a main contributor with 40,000 jobs, while health care and social assistance added 33,500 and professional and business services added 51,000 — including about 28,000 in temporary help, the most in more than a year.

The participation rate, or share of working-age people in jobs or actively looking, was unchanged at 62.9 percent. It’s been relatively flat for the past few years, as people return from the sidelines to find work while baby boomers retire and exert downward pressure on the measure.

The employment-population ratio, another broad measure of labor- market health, rose to 60.5 percent from 60.4 percent.

Another positive sign was the U-6, or underemployment rate, which fell to 7.5 percent from 7.8 percent; the gauge includes part-time workers who’d prefer a full-time position and people who want a job but aren’t actively looking. People working part- time for economic reasons fell by 176,000 to 4.57 million.

The average workweek for all private employees decreased to 34.5 hours, from 34.6 hours. A shorter workweek has the effect of boosting average hourly pay. 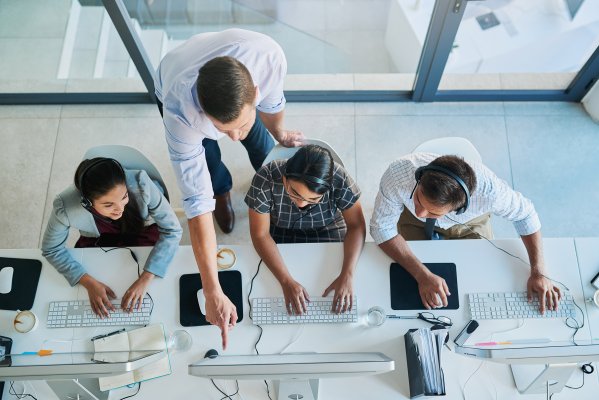 How Internships Replaced the Entry-Level Job
Next Up: Editor's Pick