Jennifer Lopez delivered a performance that made her hometown of the Bronx proud when she took the stage at the 2018 MTV Video Music Awards on Monday night.

J. Lo, this year’s recipient of the Video Vanguard award, commanded the full attention of the audience when she appeared in a regal blue and gold Versace look to perform a rousing rendition of her greatest hits, starting with “Waiting for Tonight.” Lopez also performed songs like “On the Floor,” “Let’s Get Loud,” and “Ain’t Your Mama,” along with throwback favorites like “My Love Don’t Cost a Thing,” “All I Have,” and of course, “Jenny From the Block,” which she performed on a set that included a 6 line subway train.

As might be expected, Lopez’s performance also included her signature stellar choreography that was a definite nod to her start as a Fly Girl on In Living Color as well as her many famous music videos. Longtime J. Lo fans were no doubt delighted when Ja Rule made a surprise guest appearance to perform alongside Lopez for their iconic song, “I’m Real” and “Ain’t it Funny.”

Lopez closed out her performance with a show stopping rendition of her track “Dinero” before she was presented with her Video Vanguard award by Shawn Mendes, becoming the first Latin artist to do so. 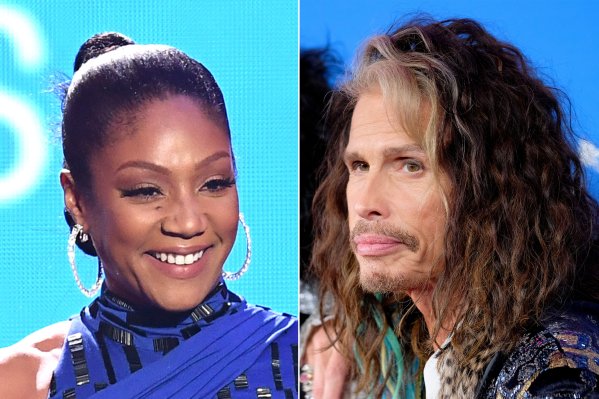 Tiffany Haddish and Steven Tyler Are the Breakout Duo of the 2018 VMAs
Next Up: Editor's Pick