The White House brought out five top intelligence and national security officials to answer questions on Thursday, demonstrating a united front on fighting Russian election meddling even as the President continues to cast doubt on the issue.

“We continue to see a pervasive messaging campaign by Russia to try to weaken and divide the United States,” said Coats, while noting that Russia’s efforts on the 2018 midterms are “not the kind of robust campaign we assessed during the 2016 election.”

“Russia attempted to interfere with the last election and continues to engage in malign influence operations to this day,” said Wray. “This is a threat we need to take extremely seriously.”

“Our democracy itself is in the crosshairs,” echoed Nielsen.

The unannounced show of force in the briefing room came just over two weeks after President Donald Trump met with Russian President Vladimir Putin and declined to denounce him publicly at a joint press conference for election meddling, saying he believed Putin’s denial. (Later, Trump said he misspoke and that he would accept the broad assessment that Russia had interfered.)

And Thursday’s briefing came on the third day of the trial of Paul Manafort, Trump’s former campaign manager who used to work for pro-Russian politicians in Ukraine and has been charged with tax and bank fraud on some of those earnings. “Russian Collusion with the Trump Campaign, one of the most successful in history, is a TOTAL HOAX,” Trump tweeted Wednesday in the context of other tweets about Manafort.

But the top officials facing the press Thursday assured the country that the President is working hard to fight Russian influence, at least behind the scenes. Bolton said that in an expanded meeting with top advisers in Finland after the two leaders met privately, Putin said that election meddling was “the first issue” that Trump raised with him. Bolton also said that Trump has “made it abundantly clear to everybody who has responsibility in this area that he cares deeply about it” and that “he supports them fully.”

“The President has specifically directed us to make the matter of election meddling and securing our election process a top priority,” Coats said.

While Trump has claimed that Russia wants to help Democrats in the midterms, Coats said that “the Russians are looking for every opportunity regardless of party.”

The officials outlined ways their agencies are sharing more information among each other and with state and local governments, working together on everything from sharing intelligence to promoting best practices in securing online voter databases to giving classified briefings to social media companies to help them secure their own platforms. Wray also provided a fresh look at how Russia and other countries go after the United States’ integrity, saying the FBI has uncovered foreign influence operations that include “targeting U.S. officials and other U.S. persons through traditional intelligence tradecraft, criminal efforts to suppress voting and provide illegal campaign financing, cyber attacks against voting infrastructure along with computer intrusions targeting elected officials and others,” as well as “both overtly and covertly manipulating news stories, spreading disinformation, leveraging economic resources and escalating divisive issues.”

It’s a complex, multifaceted problem, and Thursday’s briefing seemed designed to show a worried public that it is being faced with a strong, multi-agency force. “We’re not going to accept meddling in the elections,” Nakasone said. “It’s very unambiguous.” 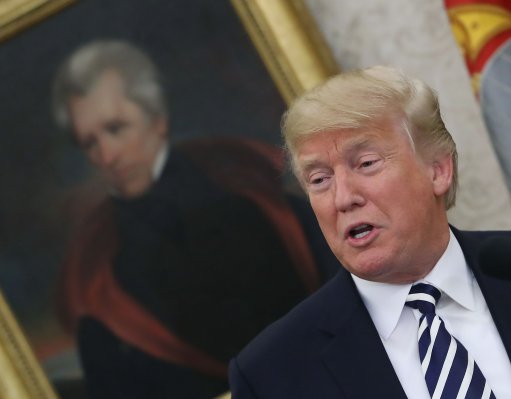