How to Watch the Perseid Meteor Shower Tonight

“The Perseids are perhaps the most popular meteor shower because they’re a summer watching event when people are often more relaxed, kids don’t have to be up early for school, and the weather is so much more accommodating than in the colder fall or winter months,” Dr. Jacqueline Faherty, an astrophysicist at the American Museum of Natural History, tells TIME.

This Perseid meteor shower will take place during a nearly new moon—meaning it won’t interfere with the show—and is expected to be the best meteor shower this year. Unfortunately, there’s always the chance that bad weather like fog or rain will create unfavorable viewing conditions. Be sure to check your local weather forecast.

And if you want to know how to pronounce “Perseid” correctly, it sounds a little like “Purse-y-id.” Here’s a video from NASA to help.

When is the best time to see the meteor shower?

So when is the Perseid meteor shower? The Perseids takes place every year between July 17 and Aug. 24. The Perseid meteor shower peak happens this year from Aug. 11-13 with the night of Aug. 12-13 expected to be the best time to watch, according to Faherty. Stargazers should be able to see around 60-70 meteors per hour during the two peak nights. That’s fewer than the 150-200 meteors per hour that can be seen in years when the shower is in outburst, but will likely still make for quite the show.

How can I see the Perseid meteor shower?

If you’re interested in the best possible views of the show, you should set up shop somewhere dark—with no light pollution or large buildings—where much of the sky is visible. No special equipment is needed, just patience.

Some meteors will appear lower in the sky as soon as it’s fully dark out—around 9:30 p.m. local time. But the best time to watch the shower is in the pre-dawn hours of 3-5 a.m. when the moon has set and Perseus is high in the sky.

If you’d rather watch the Perseid meteor shower from the comfort of your own home, the Virtual Telescope Project is live broadcasting the shower from scenic Castel Santa Maria, Italy, beginning at 4:30 p.m. EST on Aug. 12.

You can watch the livestream below.

How can I photograph the Perseids?

Although no special equipment is necessary to simply watch the Perseid meteor shower, those hoping to capture some quality photos of the shooting stars may need more than just an iPhone. Anyone using a real camera should consider setting it up on a tripod in order to avoid the blurry shots that can result from shaky hands. For best results, aim your camera toward Perseus, manually focus a wide-angle lens, use a remote shutter release or self-timer, and employ NASA’s 500 rule to calculate the optimal exposure time.

“Take 500 and divide it by the length in millimeters of your lens,” NASA officials wrote in a Tumblr post. “The resulting number is the length of time in seconds that you can keep your shutter open before seeing star trails. For example, if you’re using a 20 mm lens, 25 seconds (500 divided by 20) is the longest you can set your exposure time before star trails start to show up in your images.”

Why does a meteor shower occur?

A tent stands out against the starlit sky during the Perseid meteor shower on August 14, 2016 in Terlingua, Texas.
Jason Weingart / Barcroft Images / Barcroft Media via Getty Images

The Perseid meteor shower occurs every year when the Earth passes through the dust and debris left behind by the Comet Swift-Tuttle, bringing pieces of the comet into the upper atmosphere that light up the sky as they burn up.

“A meteor shower is a collision between the Earth and the trail of a comet or an asteroid,” Dr. Faherty says. “Comets and asteroids leave tiny bits of themselves in the orbital path that they take around the sun. During a meteor shower the Earth collides with that debris and very small pieces burn up in the upper atmosphere creating the show.”

What else should I look out for in the sky?

In addition to the Perseids, there will also be four planets visible in the sky on the nights of the shower’s peak. Venus will be the first to appear after the sun sets and will be best viewed on the western horizon at around 9:30 p.m. local time. Jupiter, Saturn and, last but not least, Mars will follow, sweeping in the east at about 11 p.m., 2 a.m. and 4 a.m. respectively.

When is the next meteor shower?

Meteors streak across the night sky during the Orionid meteor shower on Oct. 23, 2016.
Yuri SmityukTASS via Getty Images

The 2018 Orionid meteor shower will be visible from October 2 to November 7 and is expected to peak on the night of Oct. 21-22. 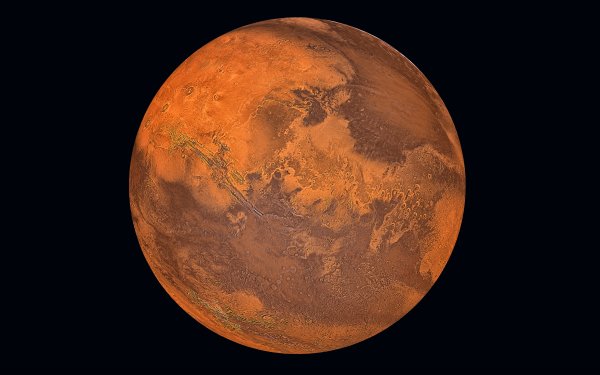 Your Guide to Seeing Spectacular Views of Mars This Weekend
Next Up: Editor's Pick