Top Trump Administration officials billed their decision to weaken vehicle emissions standards as an opportunity to eliminate “costs on American consumers” and save jobs, the latest such move for a president who has promised aggressive deregulation.

But the promise of that move hinges on a big — far from certain — assumption that oil will remain inexpensive. “If gas is cheap,” the administration wrote in its filing justifying the move, “most consumers would rather spend their money on attributes other than fuel economy.” The implications of that bet mean a lot for the economy at large and American consumers, particularly low-income households.

The key regulation in question — known as Corporate Average Fuel Economy (CAFE) standards — has been around since the 1970s when an energy crisis pushed the federal government to save energy. The rules on how fuel efficiency have been gradually tightened since then. Under President Obama, the Environmental Protection Agency and Department of Transportation used climate change as part of the reasoning to strengthen the standard even further, pushing cars to have an average fuel economy 54.5 miles per gallon by 2025.

Now, the Trump Administration wants to change that, and officials used a slew of arguments touching on everything from the cost to consumers and companies to the safety implications when proposing a replacement rule this week. The assumption of stable oil prices plays a key element in that cost-benefit analysis. Meeting the Obama-era efficiency standards would cost an additional $2,300 per vehicle by 2025, largely because of the cost of new technology, according to its analysis. That cost greatly outweighs the benefit of fuel savings, in the Administration’s analysis. (Some opponents of the rule change say that estimate is too high).

Sustained low fuel prices are a possibility. The U.S. Energy Information Administration, the nonpartisan government agency tracking energy data, projects that price will remain below $4 a barrel through 2050 in the most likely scenario. In that timeframe, energy companies are expected to further exploit growing reserves of previously inaccessible shale oil while countries simultaneously try to move away from fossil fuels to address climate change.

Still, by no means are low oil prices a sure bet. Gas prices are relatively low now, averaging around $2.86 dollars per gallon nationwide, but they could spike in the future for a number of different reasons. The EIA also models other scenarios, including one where oil prices rise to nearly $6 a gallon, which could happen for a number of different reasons. The International Energy Agency, an intergovernmental organization, warned earlier this year that oil supplies might tighten in 2020 without additional exploration. And, just this year, OPEC’s move to tighten oil production, U.S. sanctions on Venezuela and Trump’s decision to rip up the Iran deal have all raised oil prices and cast doubt on the assumption of continued low prices at the pump.

“Trying to predict oil prices is a fool’s game,” said Robbie Diamond, CEO of Securing America’s Future Energy, a non-profit that pushes for diversifying the country’s fuel mix away from oil. “The only safe assumption about oil prices is that they are unpredictable.”

It’s not an assumption to be taken lightly given the relationship between oil prices and the economy. Oil prices are linked to the cost of operations in a variety of industries and rising prices eat into profit. More importantly, spending on gas is a big deal for many Americans. Gas is the sixth-biggest expense for the average household, according to Consumer Federation of America, a nonprofit that backs consumers. And it represents a particular concern for low-income Americans, who on average spend more than 1% of their monthly income on gas, according to a report from JP Morgan Chase & Co. In that analysis, drivers in the South and Midwest especially stand to gain from low gas prices.

“The impact of this rule on family budgets could really be devastating,” says Josh Shapiro, Pennsylvania’s Democratic attorney general. “It is insane to think that it is good for families to make cars less efficient.”

The move has received pushback from a slew of different critics. The move is perhaps the Trump Administration’s greatest single action to increase emissions of carbon dioxide, which causes climate change. The spike in pollution from less efficient vehicles is expected to contribute to public health issues. And automakers worry about regulatory uncertainty as states launch lawsuits that could drag on for years.

But the Trump Administration argues that the move just follows consumer preference. That is, consumers would not buy fuel efficient vehicles even if automakers are forced to make them. If that’s the case, mandating them is a waste of resources. (The rule doesn’t require that all vehicles become more efficient, only that each carmaker’s offerings become more efficient on average).

The Administration points to figures showing that in the last few years gas-guzzlers — particularly medium-sized crossover vehicles — have outsold their fuel efficient counterparts. “Most consumers would rather spend their money on attributes other than fuel economy,” the Environmental Protection Agency and Department of Transportation wrote.

That was true over the last few years, but it may not be the next time gas prices spike. And then it will be too late. 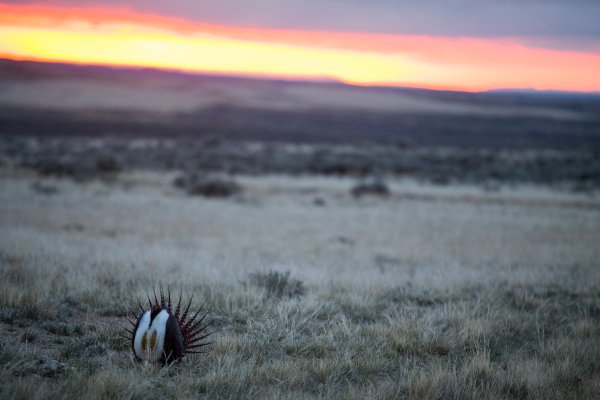 How the Endangered Species Act Helps the Economy
Next Up: Editor's Pick