Parents of Missing Iowa Student Mollie Tibbetts Plead for Her Return and Offer $172,000 Reward for Tips

The family of missing Iowa college student Mollie Tibbetts pleaded for the return of their daughter Thursday. Donations have poured in over the past few days and the family is now offering a $172,000 reward for information that will lead authorities to her.

“It is our greatest hope that if someone has her, that they would just release her and claim that money we have raised for her freedom,” Tibbett’s mother Laura Calderwood said at a press conference Thursday.

Crimestoppers of Central Iowa, which offers a line for anonymous tips, helped to organize the press conference and will administer the reward money.

The family also praised law enforcement efforts as well as national and international media coverage that has kept Tibbetts’ disappearance in the public consciousness. Tibbetts, 20, has been missing since she went for a run outside the small town of Brooklyn, Iowa on July 18.

“Every day I feel Mollie’s presence with me. Sometimes I just feel her sitting on my shoulder,” said Laura Calderwood. “Mollie was an incredibly strong young women. I don’t know that I have the strength in me, but Mollie is lending me her strength every day, every night.”

The original version of this story misstated the first name of the missing Iowa student. Her name is Mollie Tibbetts, not Molly Tibbetts. 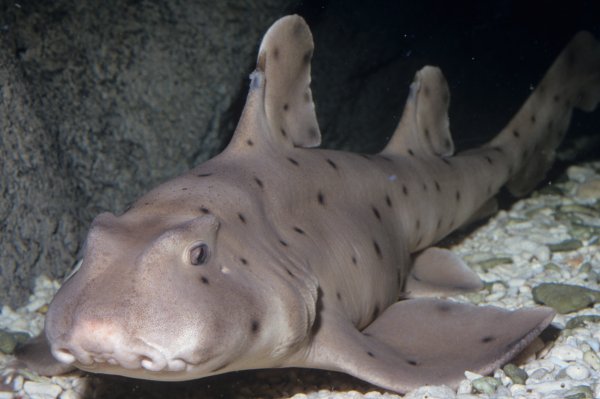 Trio Nabs Shark From Aquarium by Disguising It as a Baby
Next Up: Editor's Pick