President Donald Trump’s daughter Ivanka Trump said on Thursday that the separation of immigrant families at the border was “a low point.”

“That was a low point for me as well,” the 36-year-old Trump, who serves as an advisor to her father’s administration, said at an event in Washington hosted by Axios. “I felt very strongly about that. I am very vehemently against family separation and the separation of parents and children, so I would agree with that sentiment. Immigration is incredibly complex as a topic. Illegal immigration is incredibly complicated.”

Her comments come as the family-separation crisis at the U.S. southern border is waning but not altogether mitigated. Since a court-ordered July 26 deadline to reunite families was put in place, the government has reunited the majority but not all of the more than 2,500 children who were separated from their parents or guardians.

This is not the first time Trump’s eldest daughter has taken a critical stance on the separation of families. In a June Tweet, Ivanka Trump called on Congress to “now act + find a lasting solution that is consistent with our shared values.”

At the Washington event, Ivanka Trump also said she disagreed with her father’s perspective that the media is the “enemy of the people.”

“No, I do not [think that],” she said. “I’ve certainly received my fair share of reporting on me personally that I know not to be fully accurate, so I have some sensitivity around why people have concerns and gripe, especially when they sort of feel targeted. But no, I do not consider the media the enemy of the people.” 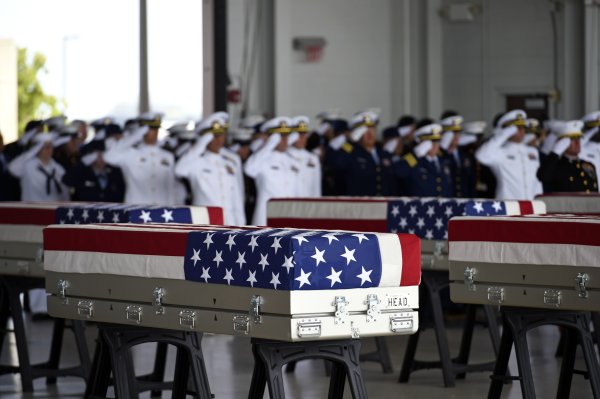 Trump Thanks Kim for Returning War Remains
Next Up: Editor's Pick