The Presumed Remains of Korean War Casualties Are Back in the U.S.—But They Could Take Months to Identify

Fifty-five caskets containing the presumed remains of U.S. servicemen killed during the Korean War were returned to American soil on Wednesday, marking “a new season of hope for the families of our missing fallen,” in the words of Vice President Mike Pence. But a forensic expert says the task of identifying those remains has only just begun.

“I think it’ll be months; it may be many months” before results are determined, says Victor Weedn, a professor of forensic sciences at the George Washington University who established the Armed Forces DNA Identification Laboratory in Delaware. “But I don’t think you can speed this process more than what the U.S. military will do.”

Weedn says identifying the remains, which were returned under a deal struck by President Donald Trump and North Korean leader Kim Jong Un during their June meeting, will be a multi-step process involving records review, anthropological analysis and DNA testing, an undertaking led by forensics experts at the Defense POW/MIA Accounting Agency’s (DPAA) laboratory in Hawaii. DPAA did not immediately respond to TIME’s request for comment, but the agency’s laboratory director Dr. John Byrd said at a news conference that preliminary review suggests that the remains are from the Korean War, and “are likely to be American remains.”

Weedn, who is not involved in the identification efforts, says it will take quite a bit of work to prove that early assessment.

He says officials will likely start by looking for records that point to the battle or area from which the remains may have been recovered, as well as personal effects found with the bodies, both of which could help narrow down the list of individuals in consideration. Officials have said only one dog tag, and little other identifying information, was sent over with the cases.

Next, “anthropologists will look through these remains and, first, sort them into who they think they are — a given set is one person, another set is another person,” Weedn says. “We know from prior caskets being shipped from North Korea that there’s a fair amount of co-mingling. There are 55 caskets, but that doesn’t mean there are 55 sets of remains. There could be more, there could be less.” The 208 caskets returned to the U.S. from North Korea between 1990 and 1994, for example, turned out to contain the remains of more than 400 people; 181 sets have been identified by forensics experts.

During this sorting process, Weedn says, anthropologists will likely attempt to establish a biological profile for each set of remains — the person’s age, sex, race and stature — in an effort to zero in on their identity. This process could help determine if the remains of soldiers from other nations were mixed up with American soldiers’ skeletons, or if any non-human remains ended up in the cases.

Finally, Weedn says scientists will likely move on to DNA analysis, which can help pinpoint a specific individual’s identity — but the quality of DNA available isn’t yet clear. “From remains that are kept cold and dry, it’s amazing how much DNA is preserved,” Weedn says. “But if those remains were subjected to periods of heat and humidity, then you’d have bacteria growing and those bacteria would chew up the DNA, so the DNA may have become degraded.”

It Might Be Impossible to Get Away With Crime Some Day

Scientists working with poorly preserved samples may have to resort to analyzing mitochondrial DNA, which is more plentiful but less “discriminatorily powerful” than the gold-standard nuclear DNA, Weedn says. Whereas testing nuclear DNA may provide scientists with near-individual-level results — a one in a quadrillion match, say — mitochondrial DNA may provide only a one in tens, hundreds or thousands match, which may necessitate cross-referencing the results with samples from suspected family members or other forms of documentation.

Until forensic analysts know the quality of the samples they’re working with, Weedn says, it’s impossible to know how many sets of remains will be identified, and when. Nonetheless, he says he’s cautiously optimistic — though he notes that the 55 cases returned this week barely scratch the surface of the nearly 7,700 U.S. soldiers still listed as unaccounted for 65 years after the Korean War armistice agreement was signed.

“I think the vast majority of them will be identified, but I certainly can’t say they all will,” Weedn says. “We may not have enough DNA reference. There may be not be enough information to really focus on a small group of service members. It really depends on how much of all four of those sets of information you have.”

But while the process is likely to be both lengthy and complicated, Weedn says his years of forensics experience have only underscored the importance of the task, both to families of the missing and to current and future soldiers. 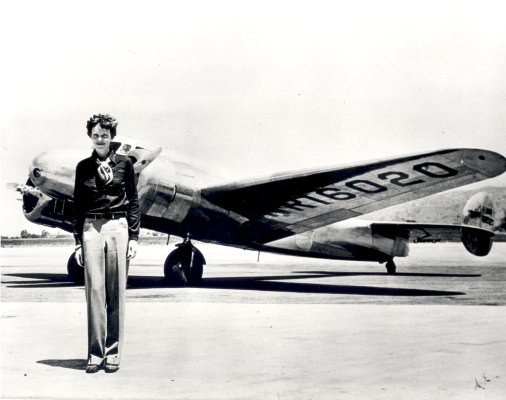