I Was in Foster Care. Family Separation Isn’t Just a Problem at the Border

Children and workers are seen at a tent encampment recently built near the Tornillo Port of Entry on June 19, 2018 in Tornillo, Texas.
Joe Raedle—Getty Images
Ideas
By Sherry Lachman
Lachman, who was a domestic policy adviser to Vice President Joe Biden, is the founder and executive director of Foster America.

The federal government is warehousing thousands of migrant children in teeming, cold facilities, where workers are prohibited from hugging not only teenagers, for whom these shelters were originally designed, but also the infants who arrived more recently at their doorstep. The kids at these shelters line up for everything. They mop bathrooms and make their beds according to strict rules. They are not allowed to run.

The way these children have been treated exemplifies a fundamental truth with broader implications worth confronting before the spotlight fully fades: the government is a lousy parent.

By design, government is impersonal. It adheres strictly to established rules and procedures, a necessity for agencies dealing with the public on a massive scale. Unlike a human parent, the government cannot love and pay close attention to each of the many children in its care, nor can it swiftly bend its rules to meet the unique and evolving needs of each child. Instead, government cares for children procedurally— all too often treating them like interchangeable widgets on a massive conveyer belt, mechanically transporting them between one-size-fits-all foster care placements, processes and services.

Yet while we know the government is a poor substitute for a parent, nearly half a million children, on any given day, find themselves in the care of our ill-equipped Uncle Sam — either through the federally run system for migrant children or the much larger state- and county-run foster care systems for U.S. children.

I know what it feels like to be a child of the government. At the age of six, I was placed in foster care in Brooklyn. In under two years, I was shuttled between three different homes. My first was an emergency placement, designed to provide temporary shelter while my caseworker scrambled to find a longer-term foster home willing to take me in. Within a month, just enough time to grow attached to my warmhearted foster mother, I was removed.

A few weeks after joining my second foster family, I remember drifting awkwardly at the back of a restaurant after my foster parents asked me to stand aside while they, their four biological children and their cousins took an extended family photo. When they decided months later they wanted me to leave their home, the reason they gave was their upcoming family vacation. I learned that I was less valuable than a weeklong getaway.

My memories of my next house, and another set of foster parents, are far worse. They continue to haunt me. And when I complained to one of my caseworkers, nothing happened. Years later, I was told that a 6-year-old girl placed in the home after me suffered severe harm.

Foster care didn’t protect us. That’s because government has a hard time tracking and responding to the individual needs of the nearly half million foster children in its custody. There are of course agency leaders, caseworkers and foster parents in many communities who care deeply about foster children and who work tirelessly to help them and their parents thrive. But even in the best run systems, the scale of foster care makes individualized care and vigilance challenging. Foster care agencies often only have enough bandwidth and resources to respond to raging fires, so smoke signals like the ones in my own case go unnoticed — until children get seriously hurt.

Compared to other foster youth, I am one of the lucky ones. Many endure worse traumas in care. For too many of these children, the conveyor belt they got on when they entered foster care doesn’t stop when they leave the system. The terrifying ride continues, transporting them to other broken systems. A heartbreakingly high rate of youth in our juvenile justice system have spent time in our child welfare system; in some regions, it has reached upwards of 70%. A third of homeless young adults had experiences with foster care. Most children who are sex trafficked have been in foster care, where their desperation for love and lack of supervision renders them prime targets for traffickers.

I now know just how lucky I was to jump off the conveyor belt when I did. I am one of the 3% of former foster youth who graduate from a four-year college. I went on to earn a law degree, work at the White House and launch Foster America, an organization that partners with reform-minded government leaders to strengthen families and improve the outcomes of foster youth. But even in best-case scenarios like mine, for kids separated from their families, there is no happily ever after. Every day, I battle fear and sadness that stem from my experience in foster care, a system I’ve come to view as akin to chemotherapy: it can be lifesaving when a child’s wellbeing is in jeopardy, but it’s inherently toxic and should only be used as a last resort.

It’s shameful just how many children our country unnecessarily removes from their families and places in foster care, a problem that extends well beyond the current and extreme example of the families unjustly ripped apart at our border. Many children in the broader foster care system — particularly children of color — are separated from their families when preventive services could help their parents overcome the challenges, often poverty-related, that lead to their removal. Mold on the walls; a child left alone at home while a parent, who cannot afford child care, is at work; an empty fridge. Without a strong social safety net, these things routinely land children in foster care.

In February, a bipartisan Congressional coalition took a major first step toward reducing our country’s over-reliance on foster care by passing the Family First Prevention Services Act. The law gives states and counties funds to safely decrease the number of children they place in foster care by providing struggling parents with evidence-based home visiting, mental health and drug treatment services. It also puts financial pressure on states to dramatically reduce the number of foster children they place in group facilities — the most damaging form of foster care — instead of with foster families. It’s a cruel irony that as the President was signing this bill into law to keep U.S. families together, his Administration was preparing to tear thousands of migrant families apart and detain their children in group shelters.

It took migrant children being ripped out of their parents’ arms for the public to stand up against the unjust separation of families. Sustaining this devotion is the only way to help the migrant children who remain in the government’s custody and the rest of the children in foster care. Foster, adopt or advocate for a child in government care. Consider becoming a social worker or use your skills from other sectors to improve child welfare. Notice the family in crisis on your block and offer your support.

Let’s not give up until every child receives the unconditional love and individualized care they so desperately need — and that no government entity can come close to providing. I know what a poor substitute for a parent government can be. We can’t turn a blind eye to the child welfare crisis. It’s not just happening at the border. It’s happening next door. 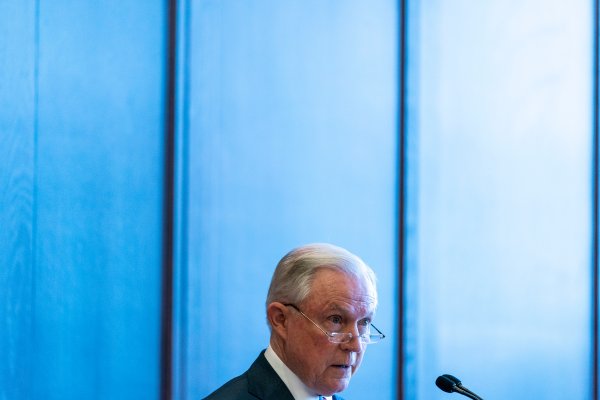