Jennifer Lopez will receive the Michael Jackson Video Vanguard Award at the 2018 MTV Video Music Awards. The coveted award, which acknowledges an artist’s contributions to the world of music videos, has honored entertainers like Beyoncé, Rihanna, Kanye West, and Britney Spears in the past.

J. Lo, whose song “Dinero,” is nominated for both the “Best Collaboration” and “Best Latin Video” awards, will be performing at the live show for the first time in over a decade (her last performance was in 2001). This year’s show will take place on Monday, August 20th at Radio City Music Hall in New York City.

See MTV’s announcement about the award below. 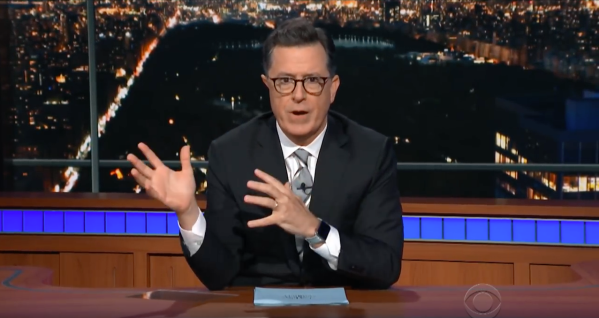 Stephen Colbert Addresses His Boss Over Sexual Misconduct Allegations
Next Up: Editor's Pick