When the two-part “Stress Relief” episode of The Office aired after the 2009 Super Bowl, it immediately became of the show’s most iconic installments ever. That was largely due to its absolutely hilarious cold open, which featured Dwight starting a fake fire in order to teach his coworkers about the importance of fire safety.

Of course, there was one moment in particular from the chaotic sequence that stood out to many fans. And that was when Angela attempted to throw her cat into a hole Oscar had opening in the ceiling with the infamous cry of, “Save Bandit!”

So when the actors who played Angela and Oscar, Angela Kinsey and Oscar Nuñez, were asked to recreate their favorite Office scene during a recent episode of Kinsey and her husband’s YouTube series, “Baking With Josh & Ange,” there was really only one acceptable choice. 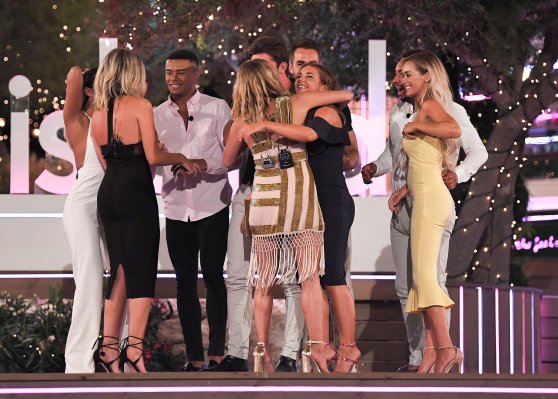 Why Love Island Is the Defining Show of Summer 2018
Next Up: Editor's Pick