Should You Share Your Salary With Co-Workers? Here’s What Experts Say

With more attention on gender and racial wage gaps in the workplace, some companies are left wondering whether pay transparency will help them achieve pay equality or cause more divides in the workplace.

Women’s rights advocates have urged companies to adopt full pay transparency policies — meaning that employees know what each of their colleagues make — as a tool to close pay gap, which is even worse for women of color. While white women in the U.S. on average earn 79% of what white men make, black women earn 63% of what white men make, Native American women bring in 57%, and Hispanic women — 54%, according to a 2018 report from the American Association of University Women.

But others fear pay transparency could spark jealousy among employees and reduce the number of staffers a company can hire. Pay transparency is still relatively rare in the private sector, according to Stephanie Penner, a senior partner at consulting firm Mercer, which works with companies on these issues. About 17% of private companies practice pay transparency, while 41% discourage and 25% explicitly prohibit discussion of salary information, according to a December 2017 report from the Institute for Women’s Policy Research.

But is pay transparency actually beneficial to employees and employers? Here’s what the experts say.

What are the benefits of pay transparency?

There isn’t comprehensive research on how pay transparency affects employees because so few companies have these policies, according to Todd Zenger, presidential professor of strategy and strategic leadership at the University of Utah’s David Eccles School of Business. But anecdotal evidence from Buffer and SumAll suggests it can make workers more productive and satisfied.

Hailley Griffis, Buffer’s public relations manager, says job applications to work at Buffer significantly increased after the company made its compensation data public. SumAll CEO Dane Atkinson told Business Insider in 2017 that transparency made employees more productive and collaborative. And a 2016 study published in the Journal of Business and Psychology found that employees were more likely to ask for help from the right people when they knew what their colleagues make.

“If I don’t know my co-worker’s pay, I assume that I might not be getting paid as much, and I decrease my performance,” says Elena Belogolovsky, who authored the 2016 study when she worked as an assistant professor of human resources studies at Cornell. “When people don’t know each other’s pay, they assume they are underpaid.”

But when employees are able to compare, they might realize they’re being paid market rate and spend a lot less time being dissatisfied, says Chandra Childers, a senior research scientist at the Institute for Women’s Policy Research.

Of course, employees will only be happy if they’re being paid fairly — and knowing colleagues’ salaries allows workers to fight to close the gap. Childers points to the case of Lilly Ledbetter, who famously sued her company for discrimination after a co-worker anonymously informed her that she made less than two male colleagues in the same job.

“She didn’t know she was being paid less so she couldn’t negotiate for higher pay — and that’s more common than we might think,” Childers says.

However, there isn’t enough research to definitively link pay transparency to pay equality. At U.S. government agencies, most of which are required to publicly release pay information, women make 81% of what men make, according to the 2017 report from the Institute for Women’s Policy Research. In the private sector, where the majority of companies don’t have pay transparency policies, women earn 79% of what their male counterparts make.

Griffis says Buffer, which uses a formula that factors in job title, experience and cost of living to determine staff salaries, doesn’t have a pay gap among men and women in the same roles. But she notes there is a pay gap when women and men’s salaries across the company are compared: women make 9.25% less than men on average. As of April 2018, the company employed 48 men and 21 women in total.

“We don’t think the gap is because of our salary formula, but a lack of diversity. And that’s something we’re working on and taking very seriously,” Griffis says. “As a woman, I know a man doing the same job as me would not make more money.”

Companies can control the narrative

While pay transparency policies brought Whole Foods and SumAll public goodwill, Uber, BBC and Google became ensnared in controversies over alleged gender pay gaps. Penner says companies could benefit by getting ahead of the narrative since public pressure will only continue to mount.

Several states — including California, Delaware and Colorado — have recently passed laws banning employers from penalizing workers for discussing their salary or inquiring about colleagues’ compensation. Websites like GlassDoor and PayScale allow employees to share salaries anonymously and determine the market rate for their job.

“Employees want more information,” Penner says. “There’s more information that’s available in the marketplace that’s accessible to employees and job candidates. If an organization doesn’t form its own pay method on transparency, someone else will — and it probably won’t be a complete message.”

What are the downsides of pay transparency?

Companies may be reluctant to make their pay transparent, because that can render it more difficult to hire talented staffers at lower rates, Belogovsky says. That means that companies will be able to hire fewer people on tight budgets.

“If no one knows, you can pay people whatever you want,” she says. “Companies want to keep the ability to hire more stars and pay them less. If they can hire a woman and pay her less, why wouldn’t they do that?”

Before Buffer began publicizing its internal pay data, company leaders feared it might be easier for competitors to poach employees, Griffis says.

“Competitors would just need to offer an employee another $20,000, and soon they can take our whole engineering team,” she says. “That was definitely a fear, but to my knowledge that didn’t happen.”

Transparency could pit employees against each other

“In environments where performance is difficult to precisely measure and isn’t observable to everyone, everyone believes they’re above average in terms of their contributions or performance,” Zenger says. “Broadcasting everyone’s individual pay triggers a process of social comparison.”

“When you see everyone’s performance, some people might not be motivated because they feel jealous,” she says. “You can argue when everyone knows each other’s pay, people who earn less will be more likely to quit.”

Pay differences could be taken out of context

Many companies base pay on subjective determinations. Not clearly communicating the reasons why certain employees are paid more or less may exacerbate employee frustration, Penner says.

“There is definitely a tipping point at which too much information is harmful because it will be taken out of context… There’s a lot more that goes into how someone is paid than what meets the eye to employees,” she says. “It’s important to give more information about why the pay is different for different jobs. If you don’t, it’s up for interpretation by each employee about why that’s fair.”

Zenger suggests it might be more beneficial for companies to explain exactly how pay is determined — without revealing specific figures. 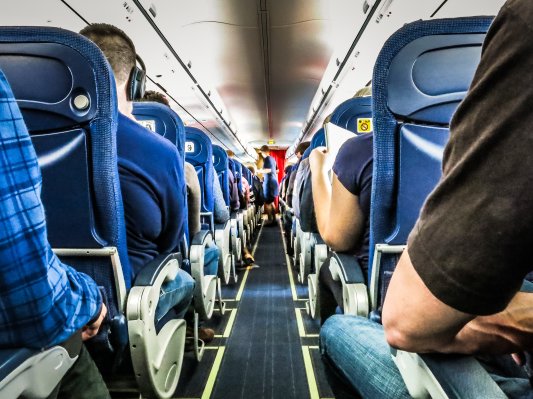 Don’t Make These Travel Etiquette Mistakes the Next Time You Fly
Next Up: Editor's Pick